Things were set up nicely at the Tata Steel Chess India – Blitz event as players moved into the final day of proceedings. Will Erigaisi make it 2 in 2, or will we see a complete turnaround? It sure promised to be an exciting finish.By Nihal Sarin’s standards, there would have definitely been a sense of disappointment after Day 1, but the youngster came back with a bang with a huge win over tournament leader Arjun Erigaisi in 28 moves. The latter miscalculated out of the opening, losing a piece which resulted in his downfall.

Levon Aronian jumped back into the lead after a clinical performance against 2013 World Blitz Champion, Le Quang Liem. Playing the Ruy Lopez, Aronian found a great idea swinging his rook from the queenside to attack the king along the g-file. In what was an explosive game, the two-time World Cup winner got the better of Liem in 37 moves. After five losses in a row, crowd favourite Vidit Gujrathi struck back with a win over Raunak Sadhwani. The India No.2 made early inroads with his pieces and won material that proved too much for the youngster to handle. GM Parham Maghsoodloo was up against GM Sam Shankland. In what was a clearly winning endgame, the American blundered his whole knight and lost his way, handing the game back to the Iranian.

Levon Aronian was held to a draw by Nihal Sarin in the London Defense. The game was pretty level throughout, with both sides playing accurate chess. In the endgame, the tournament leader tried to create complications with a Rook v Bishop Knight imbalance, but Sarin was up to the challenge as the match ended in a draw. Gukesh got the better of Le Quang Liem in the endgame after the young junior managed to get a better position after grabbing the a5 pawn on move 27. He maintained his advantage as he went on to win the rook endgame. In the battle between Parham Maghsoodloo and Raunak Sadhwani, the young Indian was quick to spot an inaccuracy by the former World Junior Champion as he claimed the advantage on move 24 winning two pieces for a rook. The rest was a matter of technique as the World No. 1 in the U-16 category converted the full point on move 51. Vidit Gujrathi played the unconventional Scandinavian Defense against Harika Dronavalli, but the match ended in a draw on move 80 after both sides held on to their horses pretty well in the endgame. Sam Shankland drew his game against Arjun Erigaisi in the Alekhine Variation of the Queen’s Gambit Declined. Both sides were very solid as they agreed to a draw on move 35.

Nihal Sarin continued his streak of wins as he overcame D. Gukesh. While Gukesh had a slightly better position throughout the middlegame, Nihal fought back slowly and steadily. In the opposite colored-bishop endgame, Gukesh blundered on move 58 giving Nihal the chance to win the bishop thanks to his very advanced pawn in the e-file. The game ended on move 63 as Nihal picked his fourth win on the trot. Arjun Erigaisi suffered a loss at the hands of Parham Maghsoodloo in round 12. Arjun played 1. e4 for the first time in the tournament but was unable to make the best decisions in the middlegame as the Iranian found great squares for his pieces. He picked up a pawn on move 20 and went on to win comfortably after getting plenty of activity along the a-file. Aronian managed to scrape past Shankland after the latter had a better position with an extra pawn heading into the endgame. An unnecessary pawn advance on move 33, meant that the Armenian was able to put pressure and create a passed pawn of his own. A few inaccuracies meant that the two-time World Cup Winner was able to advance his pawn far enough down the board that decided the game in his favor. Raunak Sadhwani employed 1. b3 in his game against Harika. He was able to create pressure along the file with his rooks. While he was constantly pressing, he could open up his deadly bishop with 42. e6 that ultimately sealed the deal.

Nihal Sarin lit up the tournament as he won his fifth game on the trot, getting the better of Vidit Gujrathi in the English opening. It was a near-flawless game by the youngster as he waited for the right opportunity to liquidate and play the better endgame. He showed great restraint as he won the game in 51 moves.  Gukesh won his game against Sam Shankland as the youngster employed the Chelyabinsk variation in the Sicilian. He gained excellent counterplay after sacrificing a pawn as his control over the queenside proved decisive.  Harika’s tough tournament continued as she went down fighting against Le Quang Liem playing the King’s Indian Defense. Liem broke through the second player’s defenses and generated a strong attack along the light squares around the king, winning the game on move 29. In the battle for the top spot, Aronian and Maghsoodloo’s match-up ended in a draw after Aronian chose to play the solid Petroff variation. The queens were traded off early and the second seed of the event got a great position as the first player’s pieces were undeveloped. Aronian missed an opportunity to create a mating net on move 37 with Rcg2! Instead, the chance went begging as Maghsoodloo managed to scamper through with a draw a few moves later.

The 14th round was a cracker of a contest, as the jam-packed audience at the National Library, Kolkata witnessed decisive results on all 5 boards.Reigning Online Junior Speed Chess Champion, Nihal proved his mettle in the shorter format yet again, with a win over Harika Dronavalli. Playing the Modern Defense, Nihal slid ahead with an advantage on move 25 after a miscalculated trade by the Indian Women’s No. 2. After winning a pawn, Nihal made no mistake in converting the game as he notched up his sixth consecutive victory. Arjun Erigaisi’s favorable record against Aronian stayed intact as the youngster registered a clean victory. Playing the Sicilian Dragon variation, Erigaisi made great use of his two strong bishops that were lined up against the first player’s king. He made good use of the attacking possibilities in the position along the b-file, as he comprehensively won the game on move 36, joining the lead.

Youngster Raunak Sadhwani continued his good show on Day 2 as he battled past 2013 World Blitz Champion Le Quang Liem playing the English Opening. Sadhwani’s pair of bishops proved too strong as he was able to win the second player’s rook in the endgame, thanks to his monster passed pawn on a7. Sam Shankland had something to be happy about as he won his first game of the day against Vidit Gujrathi. The Indian No.2 had great winning chances after the middlegame with a passed pawn on the b-file, but he erred with a sacrifice on move 38 which could have been catastrophic. After the American missed his chance, the ball was back in Vidit’s court when he had the chance to close out the game with Bg8 on move 42. Instead, things fell apart as the Former US National Champion capitalized on the second chance, winning the game on move 49.GM Gukesh continued his good form as he won against Iranian Maghsoodloo with the white pieces. The youngster got a better position out of the opening and consistently built on that advantage to eventually close the game on move 51.

Things were really heating up as the event approached its business end. Round 15 showcased some exhilarating chess as all boards produced decisive results yet again. Nihal Sarin’s astounding streak was brought to a halt by the Blitz specialist, Le Quang Liem. Playing with the white pieces, the Indian junior looked comfortable until move 25 after which the GM from Vietnam started putting pressure on the centre. He soon won a pawn and went on to keep the pressure till the end of the game as he gave no chance at all. Vidit Gujrathi won his game against Maghsoodloo in what was quite a topsy turvy game. The Indian managed to get a fine position out of the opening, but in trying to go all-out with the attack on the first player’s king, presented an opportunity for the Iranian to equalize. The position was very complex, but Gujrathi, who was on the attack, had better chances. In a picturesque finish, he underpromoted his pawn to a knight to checkmate his opponent. Harika managed to score a win, only her second in the event, as she battled past GM Sam Shankland’s Reti opening. She played her favorite fianchetto setup and was able to create counterplay after sacrificing her rook for a knight. The position, however, was well managed by Shankland who eventually got a winning position. But the nature of blitz is such, every decision matters. While he overpressed, Harika set up a mating idea and went on to win after successfully negotiating all checks. Gukesh got the better of Erigaisi after he won an exchange on move 28 in response to the former’s Trompowsky opening. Gukesh was clinical in his conversion as he wrapped up the game on move 38. Aronian won a quick, yet crucial game against Raunak Sadhwani after the youngster faltered on move 21 blundering a piece in an already tough position. With the win, Aronian joined the lead yet again alongside Sarin and the event was set for a tight finish.

All the top leaders won their games as Black. Levon Aronian, Arjun Erigiasi and Nihal Sarin scored big wins to continue their rise to the top.

Nihal Sarin soared to the top of the leaderboards as he beat former US Champion, Sam Shankland. Levon Aronian drew Vidit Gujrathi so he and Arjun Erigasi were half a point behind going into the last round.

The tournament tiebreaks stipulated that players on the same points would play a two-game mini-match for the title and the trophy.Levon Aronian would try to win his first Tata Steel India trophy while Arjun Erigiasi could be the first-ever double Rapid and Blitz winner of Tata Steel Chess India.Game one saw Aronian take extra risks with the white pieces. Erigaisi thwarted all the attempts and was very close to winning in the Russian opening. Arjun gained a pawn in the Rook and pawn endgame but Aronian’s tenacious defense forced the draw in a picturesque position on the 81st move. Game two of the tiebreak saw Aronian on the brink of defeat. The Armenian counted his lucky stars as Erigaisi who was very close to winning but just couldn’t put the ball in the back of the net! The pressure was intense both over the board and off it. Erigaisi held a considerable material advantage but Aronian beautifully maneuvered into an opposite-colored Bishop endgame, which is notoriously known for it’s drawish tendencies.

Arjun’s two extra pawns accounted for nothing as Aronian defended yet another minus position to force an Armageddon..

Erigaisi won the Armageddon toss and chose the black pieces. This meant that he would have a minute less but the draw odds. Aronian would have five minutes for the entire game while Arjun had four but a draw would win him the championship. Aronian blitzed out the opening and was clearly better after the opening. Erigaisi tried to equalize in the middlegame but was never close to neutralizing Aronian’s opening advantage. Aronian’s space advantage was immense, forcing Erigaisi to give up a knight for a few pawns and some counterplay. The Armenian welcome the material advantage consolidated the position and looked all set for victory. Erigaisi went for counterplay while ignoring the safety of his monarch. Aronian sniffed a chance and went for the killer blow with Qd7 on move 38. This move threatened both checkmate and a Rook on c8.Helpless, Erigaisi stretched out his hand in resignation.
The local Kolkata crowd erupted with applause for the Armenian star, and thus Levon Aronian was declared as the 2021 Tata Steel Chess India Champion! 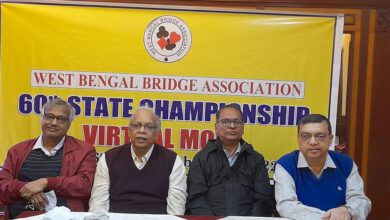 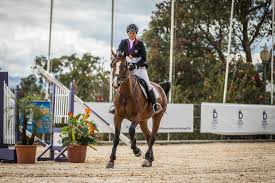 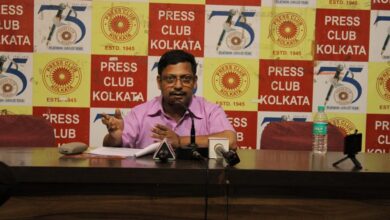 Lahiri wrote letter to PM against the secretary of AICF 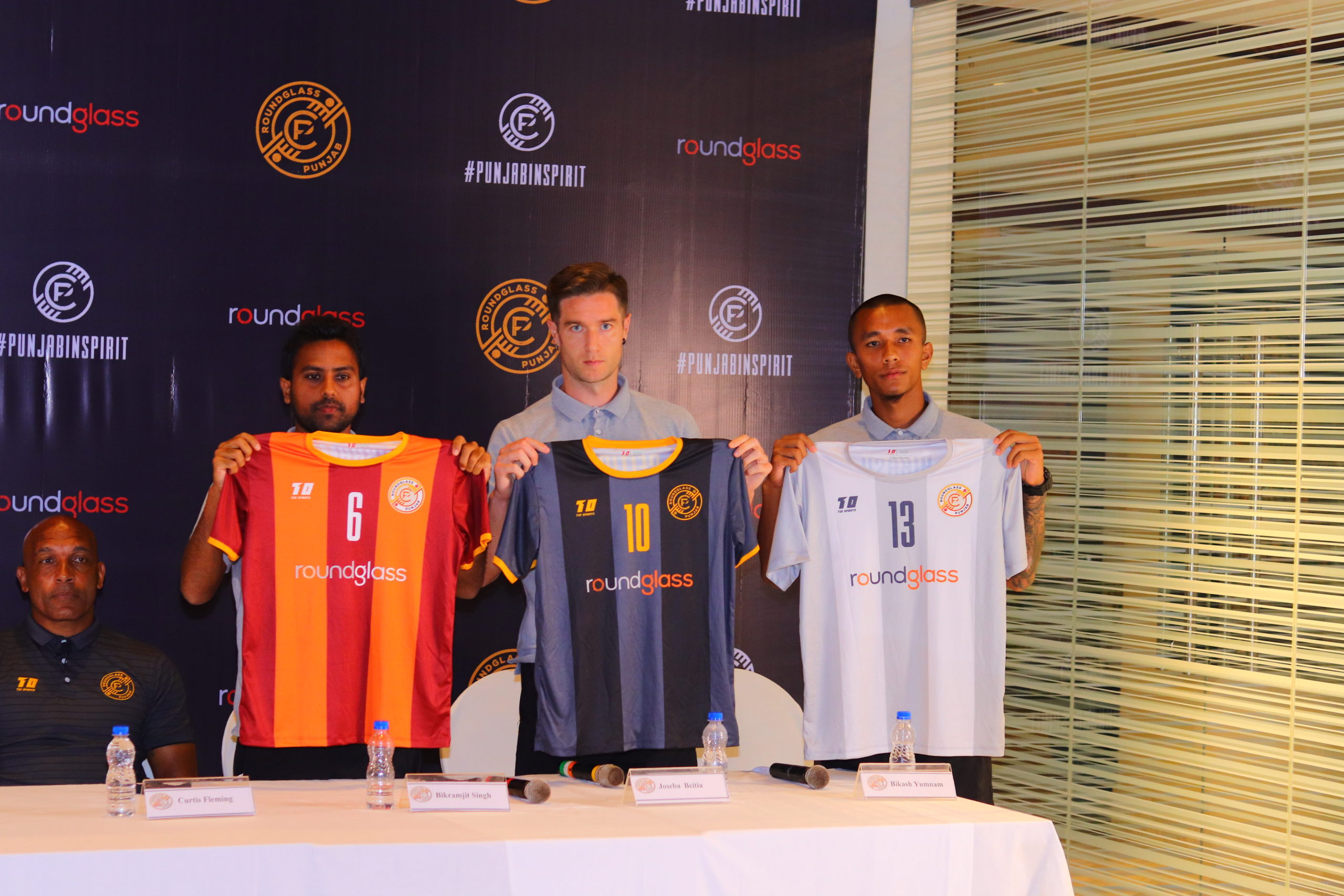