The Pesticides Management Bill 2020 (PMB) was introduced in the Rajya Sabha on 23 March 2020 to replace The Insecticides Act 1968, which currently governs the registration, manufacturing, export, sale and use of pesticides in India. While PMB is noble in intent, its many lacunae could end up hurting the interests of farmers and Indian agriculture.

The Bill is slated to come up for discussions and subsequent consideration in the impending Monsoon Session of Parliament beginning 14 September 2020.

In its present form, PMB has gaps that can directly impact the Centre’s goal of doubling farmers’ income by 2022. Significantly, the committee on doubling farmers’ income has stated: “In India, the farmer’s crop yield losses range from 15 to 25% owing to the presence of weeds, pests, diseases and rodents. Even though pesticides could be inevitable for protecting crop yields, per hectare pesticide use is much lower in India in comparison with other countries. India uses a low average of 0.5 kg per ha of pesticide compared to 7.0 kg per ha in the USA, 2.5 kg in Europe, 12 kg in Japan and 6.6 kg in Korea.”

By marginalizing the efficiencies of the domestic crop protection industry that has provided affordable and efficacious products to farmers – most of whom have small landholdings – PMB 2020 may further jeopardize farmers’ livelihoods and create concerns around food security.

In the best interests of the farmers’ community, as well as society and industry at large, the Bill needs wider consultations within Parliament. Ideally, it should be placed before a select committee of Parliamentarians for critical review and necessary changes addressing the needs of farmers, Indian agriculture and the pesticides industry. This is imperative if India seeks to be Atmanirbhar (self-reliant) as a credible manufacturer and supplier of pesticides to the world while promoting food security objectives and generating employment opportunities for its people.

Elaborating the importance of pesticides in protecting crops, Dr Ajit Kumar, Chairman (Technical Committee) – Crop Care Federation of India, said: “The well-being of India’s farmers and its food security goal is inextricably linked with the timely use of crop protection products. Time and again, pesticides have helped farmers safeguard their crops against a plethora of pest attacks. Some pest attacks occur on a mass scale – such as the recent locust swarm invasion across various parts of the country. Had farmers not used pesticides in time, their crops could have been devastated, jeopardising their income. PMB 2020 needs to consider these issues and review certain provisions that will impact the availability and accessibility of pesticides. For example, the Registration Committee (RC) has powers to subjectively review the registration of a pesticide and then suspend, cancel or even ban its usage without any scientific evaluation. Such scenarios can disrupt Indian farmers’ functioning and productivity. Accordingly, an independent regulator is imperative to oversee the RC’s decisions in safeguarding the interests of farmers, the crop protection industry and India’s food security goals.”

Dr Krishan Bir Singh Chaudhary, President, Bharat Krishak Samaj said, “Prime Minister Narendra Modi has repeatedly emphasized the need for doubling farmer’s income, and called for the reduction in the money spent by the farmers, but the PMB 2020 does not reflect these efforts. Indian farmers work hard, putting in their blood, sweat, and tears to ensure that the citizens of India are well-fed, yet their demands for fairer agricultural practices aren’t met. The demands presented by the Dr. Ashok Dalwai Committee, constituted in 2018, to promote domestic and indigenous industries and agricultural exports from India are missing from the PMB 2020. In fact the Committee had recommended for reduction in import and reduce dependence on imported formulations, but the present PMB will increase the import of formulations and will damage the Export of Agro Chemicals. It’s our sincere request to the government to expedite the registration process and allow Indian manufacturers to develop and export pesticides to generate employment opportunities in India and earn foreign exchange, especially at a time when Indian pesticides have a large global demand. Only then we can march towards the dream of being Atmanirbhar. The Prescription clause should be also removed and the bill should be sent to Select Committee.”

Adding further, he said,” In terms of pricing difference, Emamectin Benzoate used in cotton farming was initially imported and sold Rs 10,000 per kg by an MNC. Subsequently three years later same product was manufactured by domestic companies, and sold at Rs 3500/kg. So if the imported formulations are to be encouraged then how will a farmer survive.”

Certain notable provisions in PMB would, if passed by the Rajya Sabha in its current form, exert a far-reaching impact not just on Indian agriculture but on farmers’ livelihoods.

For instance, Section 23 provides for re-registration of pesticides already registered under the erstwhile 1968 Act. PMB mandates that such registrations will only be valid for two years after the Bill comes into force. During this timeframe, the manufacturer needs to apply and obtain fresh registration from the Registration Committee (RC), only then can they manufacture and sell the product beyond two years. This provision will introduce instability in the pesticides industry and also impact Indian agriculture badly as several products required by farmers may not be available because the RC may have failed in or denied the granting of registrations in time. The Bill should provide that each registration granted under the 1968 Act will be deemed to be approved under PMB without the limited two-year timeframe.

Other provisions of PMB 2020 that may have a direct bearing on farmers’ livelihood include:

·         Wide, unfettered powers proposed for government authorities that are likely to be misused, thereby hampering the regular availability of essential crop protection products for farmers.

·         Provisions of continuous review of registered pesticides with a threat to discontinue their production can seriously disrupt the supply chain of necessary crop protection products.

·         PMB lacks a provision for emergency usage approvals of pesticides during any pest-infestation emergency. This will leave crops vulnerable to locust attacks, which left a trail of destruction in some parts of India recently, besides other pests such as fall armyworm, bollworm, etc.

While crop protection is a crucial component for doubling of farmers’ income, PMB will make it so difficult that the losses due to pests and disease will turn the mission of doubling farmers’ income into a distant dream.

Given these lacunae, the Bill has evoked strong concerns among the crop care industry, the farmers’ community and a large section of society.  Other key concerns raised are:

1. Setback to Atmanirbhar and Make-in-India missions

PMB doesn’t allow the manufacture and export of pesticides not registered for use in India for reasons like an altogether different agro-climatic conditions here but approved for use in the US, Europe, Japan and other countries. PMB should be amended, allowing Indian entities to manufacture and export these pesticides, generating employment opportunities and earning foreign exchange. Indian exporters can then provide value-for-money alternatives to farmers while ensuring PMB is in sync with the Make-in-India mission.

2. Impediments to Ease of Doing Business in India

Review of registration when a pesticide is banned in nations with different agro-climatic conditions or claims of allegedly-better alternatives can drive arbitrary removal of vital crop protection products.

Section 22 empowers the RC to subjectively review the registration of a pesticide and then suspend, cancel or entirely ban the use of a certain pesticide without any scientific evaluations or the need to publish them for public scrutiny. Section 35 allows the State or Central Government enormous power to ban any pesticide for up to 18 months without scientific basis or explanation. Manufacturers may have to close factories if manufacturing is not allowed for 18 months. Even if this ban is reversed later, the investment is unproductive and manufacturing won’t restart without incurring more investments.

PMB runs counter to the government’s objective of decriminalizing business operations as per recent amendments to the Company’s Act, 2013. PMB imposes broad liabilities on pesticide manufacturers without accounting for situations wherein liability arises from factors beyond their control. Since every manufacturer is granted certification of registration, he should be liable only if a pesticide is manufactured in violation of the registration certificate. Being toxic, pesticides eliminate pests and must be used with care. The responsibility of reasonable care by users must be introduced in PMB. If a pesticide is manufactured as per the certificate of registration and provides proper guidelines on its use but the user has not adhered to them, the manufacturer should not be liable.

Compounding an offence is a settlement mechanism for making good the noncompliance, whereby an offender is given the option of paying a monetary fine in lieu of prosecution. Thereby, prolonged litigation is avoided. PMB can introduce a compounding provision as in the Food Safety and Standards Act, 2006 (Section 69) and the Drugs and Cosmetics Act, 1940 (Section 32B).

4. Requirement of a Regulator

Currently, among other things, the RC is allowed to approve registrations of pesticides and review the grant of registrations. This is against the principles of natural justice. Further, any appeal against the RC’s decision is to be made before a Joint Secretary-level officer of the Government of India – typically not a good governance model. To protect consumer interest, ensure fair competition and improve governance, an independent regulator is required who can oversee and review the RC’s decisions.

Besides the above, product liability is another challenge since there is no statutory framework to recognise the limited liabilities of each supply chain component – manufacturer, packers, wholesalers, etc. Therefore, wide-ranging liabilities are imposed on manufacturers. PMB must limit manufacturer’s liabilities to the specification in the registration certificate and/or licence. PMB needs to introduce the doctrine of product liability such as those under Section 27 of the Food Safety and Standards Act, 2006, which states “liability of the manufacturers, packers, wholesalers, distributors and sellers”, demarcating the liability of each supply chain component.

If implemented, the above proposals can be a game-changer for Indian farmers and the agriculture sector. The revised draft should be publicized in the public domain for eliciting feedback from all stakeholders, including farmers, before being taken up for discussion in Parliament. These measures are essential to ensure India’s food security and for doubling farmers’ income.

Pronam round the clock support for senior citizens 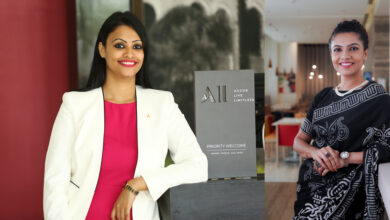 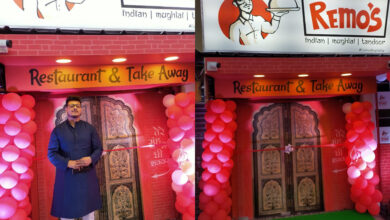 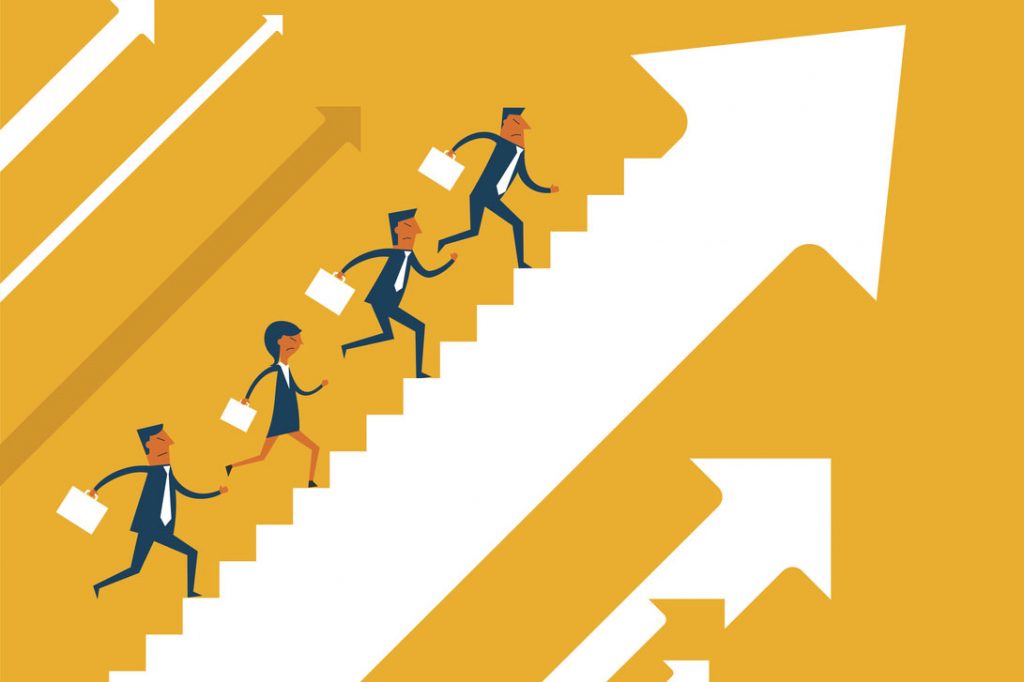