The Union Minister of State for Education, Dr Subhas Sarkar had pointed out that in the present situation, though it has become unavoidable, teachers can never be replaced by technology in teaching-learning. While inaugurating the two-day national conference on Engineering Education (NCEE 2021) today at National Institute of Technical Teachers’ Training & Research, Kolkata, to commemorate the birth anniversary of the first Education Minister of independent India, Dr Maulana Abul Kalam Azad, Dr Sarkar stated that the primary objective of the Institute is to provide in-service training to technical teachers and praised the active involvement in upgrading the quality of teaching techniques in general, particularly the service it is providing to North East region of the country. He also pointed out the tremendous expansion and rapid changes in Engineering Education in the last decade. He also felt that NCEE 2021 is going to address the various tethering issues in technical education.

Dr Sarkar also highlighted the aim of the conference, which is to bring all the stake- holders, policy-makers, educationists and researchers on a common platform to address the important issues and formulate strategies to address them to bring it as per global scenario. He spoke about the genesis of NITTTR, Kolkata from TTTI to perform a stellar role in the development of the technical education system of the country.

The session started with a brief introduction by Dr. Habiba Hussain, the Coordinator of the Conference, outlining the aims and objectives of the conference, followed by Saraswati Vandana.  Prof. Debi Prasad Mishra, Director of the Institute and Chairman of the conference and Shri Harshbardhan Neotia, Chairman, BOG, NITTTR-Kolkata, welcomed the Chief Guest Dr. Subhas Sarkar, Prof. Amitava Ghosh and Dr. D. D. Mishra, keynote speaker, ex- Chairman BoG, IIT Dhanbad, the delegates and the august gathering in the inaugural session.

In his address Prof. D. P. Mishra, highlighted the major activities of NITTTR, Kolkata including some collaborative activities with CPSC Manila, UNESCO and UNEVOC. Shri Neotia stressed on the importance of interdisciplinary curricula, shifting from teacher centric to student centric education in the teaching learning process under the present day’s context. After the welcome addresses, a video highlighting the activities and achievements of the Institute was played.

Prof. Amitava Ghosh spoke about various important issues, which one expected to be addressed in Engineering Education. He cited the example of the Registrar-centric academic structure, adopted in almost all premier educational Institutes, which is creating undue bottleneck in smooth functioning of academic activities. He also stressed on the importance of decentralisation of administrative structure of academic institutions. He also acknowledged the immense contribution of NITTTR, Kolkata, especially in the field of technical education.

The vote of thanks was proposed by Dr. Sukanta Kr. Naskar. The session came to an end by playing Vande Mataram. 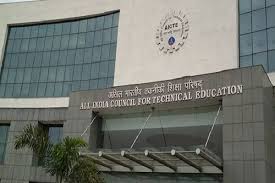 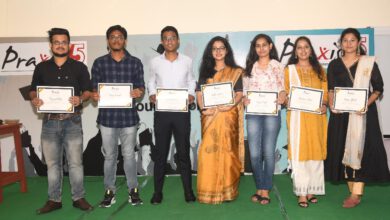 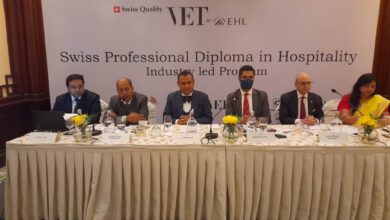 One of its kind, world-class Vocational Education Training in hospitality sector 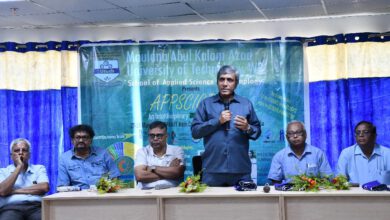