In a move that can significantly help save thousands of lives in the city every year, The Spinal Cord Society, Indian Orthopaedic Association (IOA), Association of Spine Surgeons of India (ASSI) and Indian Spinal Injuries Centre (ISIC) in association with 10 other societies, today launched the first-ever National Injury Prevention Week under the aegis of the Directorate General of Health Services (DGHS), Ministry of Health and Family Welfare (MoHFW). The program, launched in 10 cities across India including the national capital, will continue till 7th September with the aim of building awareness about injury prevention through education, research, and advocacy.

“Road crashes and falls are among the top reasons of injury in India. In fact, India accounts for about 10 per cent of road crash fatalities worldwide, comprising a large number of youths between 18 and 35 years. In 2017, 26,896 adults in India died due to non-usage of seat-belts. Head injury is the leading cause of death for children, teens and young adults. Injury prevention is important not only to maintain the quality of life but also to save the lifelong economic burden – in the US, paraplegics (complete paralysis of the lower half of the body) incur a lifetime economic burden of USD 2 million while tetraplegics (persons paralysed in both arms and both legs) incur a burden of USD 4 million. Prevention Programs are extremely cost-effective; investing USD 10 per person in prevention programs can help us save nearly USD 3 billion in health care costs in 2 years,” says Dr H S Chhabra, President Spinal Cord Society, Immediate Past President ISCoS & ASSI, Medical Director Cum Chief of Spine Services, Indian Spinal Injuries Centre, New Delhi.

Under the National Injury Prevention Week, outdoor activities will be held across India, with prime focus on activities in schools and colleges for sensitizing the younger generation towards injury prevention. Experts called for a wider ‘National Injury Prevention and Control Program’ with an integrated multi-sectoral approach at Centre and State levels, appointment of a nodal agency with appropriate authority and budget, and strengthening of the National Injury Surveillance System in a phased manner, starting with mandatory data collection from all hospitalized injuries like other notifiable diseases.

“The number of injured is 10 times more than the dead and primary prevention plays a critical role. Under the National Injury Prevention Week Program, the focus would be to reach out to people in community through educational programs based on evidence-based strategies. As a part of the program, the Societies will work towards increasing awareness and imparting knowledge on training protocols for preventing injuries among people. I am glad to see so many associations coming together to undertake such an initiative,” says Dr B Shiva Shankar, President, Indian Orthopaedic Association (IOA).

“Injury can happen anywhere and to anyone. With urban migration and cities not having adequate infrastructure, injuries are on a rise. Elderly people living alone in cities are particularly vulnerable – there is not adequate infrastructure to help them. As a part of injury prevention efforts, the government must strengthen pre-hospital and emergency care, build capacity as well as allocate enough funds and resources for research in injury prevention. Changing people’s mindset to obey rules is also important,” says Dr Shankara Acharya, President Association of Spine Surgeons of India (ASSI).

According to the Accidental Deaths & Suicides in India, 2019 report by the National Crime Records Bureau (NCRB), 15,985 people were killed in accidents in West Bengal during that year.[1]The goal of the seven-day-long program is to improve the health of the individual by preventing injury, illnesses, and death and hence, improving the quality of life. In the upcoming days, the program will engage multiple stakeholders including public health experts, hospitals and doctors, and policymakers for panel discussions and webinars, interspersed with e-poster competition, wheelchair sports, cultural activities such as e-play ‘Turning Point’ including eminent theatre personalities Dolly Thakore and Faredoon Bhujwala, and e-Nukkad Natak. 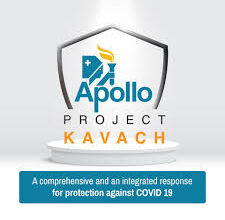 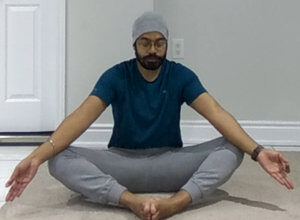 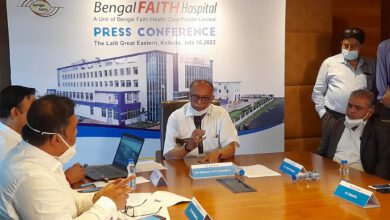