Kolkata Society for Cultural Heritage joined hands with I Am Kolkata from the Merlin Group under the aegis of the Directorate of Forest, 24 Parganas south division, Government of West Bengal Forest Department and organized a relief program for the victims of cyclone Yash in the Sundarbans. The relief programme was the first organized relief programme in Sundarban after the devastating cyclone Yash had hit the delta islands.

Kolkata Society For Cultural Herirage (KSCH) is the first social enterprise in India to have collaborated with the Forest Department of West Bengal and reached out to Sundarban when the cyclone struck to take part in disaster management. KSCH reached out in gosaba, sagar island, Pathar Pratima to  gauge the possible impact  of yash on sundarban along with the forest department, Govt of West Bengal and do the preemptive barrage strengthening. They have already distributed food worth 12 tonnes to 43,000 villagers and dry food to 1500 families spoadically . Now they have carried out one of the biggest first reliefs in Kultali with forest department and Merlin ( I Am Kolkata from Melrin) –

The relief material was distributed to more than 1000 families in five villages, DEULBARI I & ii , Kultali I & Kultaii II, Kantamari of Sundaban. Shri Sourav Mukherji, President of KSCH presented the relief material measuring 5 tons in the presence of Sri. Milan Mondal, DFO, Directorate of Forest, 24 Parganas South, officials of Merlin Group. The program was also supported by other individual donors. Items like drinking water, flattened rice, biscuits, batasha, soap, bleaching powder, tarpaulin, masks, and sanitary napkins were donated to them for this noble mission.

Mr, Milan Mandal, DFO, Directorate of Forest, 24 Parganas South said, “The forest deparment had been putting its best effort to help the distressed people in sundarbans area and We got Kolkata Society For Cultural Heritage to support us from the beginning – be it disaster management or relief. The support of Merlin Group and others is also very commendable in this initiative. We have to continue several such initiatives”.

Mr. Sourav Mukherjee, the Founder-President of the Kolkata Society for Cultural Heritage (KSCH) said, “We are trying our best to help the people of the Sundarbans. The Sundarbans has always been susceptible to natural calamities in West Bengal because of its geographical presence. Cyclone Yash was a huge blow to the people here. I want to thank the Forest Department of South 24 Parganas for making the arrangement of transport to reach out to the remote villages and the Merlin Group for standing beside us as the first corporate with their fund and other noble donors for their continuous support in this relief program. A total of more than 5 tonnes of materials have been distributed to the families. We are trying our best to bring back a smile on the people of the Sundarbans.”

Speaking on the initiative, Mr. Saket Mohta, the Founder of I Am Kolkata – the CSR arm of the Merlin Group and the MD of the Merlin Group said, “There are a huge number of people who have been recently affected by the cyclone that hit a few days back. We are just trying to help most of the people through Kolkata Society For Cultural Heritage who has been the front runner in the relief work and disaster management work in Sundarban area . People of the Sundarbans need help and I insist more corporates  to come together and stand for the Sundarbans and other worst hit areas like Digha and south 24 pargana and Midnapur to help them rebuild their lives to normalcy. We, from the Merlin group have provided legitimate support to the villages which have been affected the most. I want to send all my best wishes to Kolkata Society For Cultural Heritage and Forest Department of Govt of West Bengal for coming forward and standing beside the Sundarbans during these tough times. I also want to thank the Forest Department of South 24 Parganas for your continuous support to the cause. I hope the Sundarbans bounce back to shape soon.” 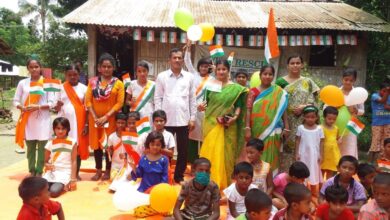 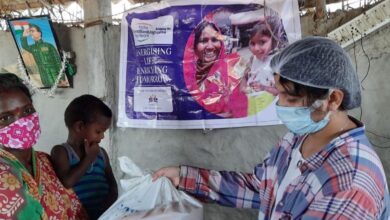 Lotus Rescue extending its centres in Kardah and Sunderban 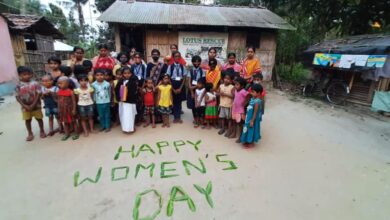 Women literacy as a step towards empowering women