The latest round of FICCI’s Business Confidence Survey revealed sharp deterioration in the optimism level of corporate India vis-a-vis the previous survey. Worsening current conditions as well as muted expectations about the near-term prospects on the back of a sweeping second wave of coronavirus infections pulled down the overall index value by over 20 points. The Overall Business Confidence Index nosedived and stood at 51.5 in the current round after reporting a decadal high value of 74.2 in the previous survey round.

However, the Overall Business Confidence Index in our latest round was higher than the value of 42.9 (which was the lowest since the financial crisis) registered a year back.

In the present round, the proportion of respondents citing weak demand situation once again noted a significant increase. 70% participants reported weak demand conditions as a bothering factor in the current survey as compared to 56% stating the same in the previous round. The corresponding number a last year was 77%.

With household income being severely impacted and past savings already drawn down during the first wave of infections, demand conditions are expected to remain weak for longer this time around. Since a much larger proportion of the population has been impacted in the current wave, there has been permanent impairment to income for many households who have faced job losses or have lost bread earners to COVID-19. Measures to support demand revival will be crucial for the economy to recover from the latest pandemic induced shock. Moreover, pace of vaccination must be significantly increased for achieving faster normalization.

The participating companies, however, did report improved capacity utilization rate in the present survey despite weak demand conditions. This can be attributed to imposition of localised restrictions instead of a complete lockdown, which ensured industry remaining largely functional throughout.

Given the evolving situation, near-term outlook of the participating companies on major operational parameters has been visibly impacted.

The survey was conducted during the months of April/May 2021 and gauges expectations of the respondents for the period April to September 2021. The survey covers participants belonging to a wide array of sectors.

Outlook on employment and exports also reported a discernible deterioration. Only 19% respondents were optimistic about better hiring prospects over the next two quarters (as compared to 35% stating the same in the previous round). Export prospects also worsened noticeably in the current round with only 27% respondents indicating higher outbounds shipments. The corresponding number in the previous round was 41%.

Besides the usual business indicators, the respondents were also asked to share their opinion on the impact of localized restrictions imposed by various state governments on their businesses and subsequent measures undertaken by them for ensuring business continuity. They were also asked to share their views on the policy course for minimizing the impact of the second wave of coronavirus infections on the economy and businesses.

Regarding the impact of localised restrictions on businesses, around 80% of the participating companies said that they were facing issues in carrying out their business amidst the fresh bout of restrictions. This is lower than 90% participants who stated likewise in the same survey last year.

Respondents flagged weak consumer sentiment as their topmost concern followed by non-availability of raw materials and manpower shortage (owing to various factors such as increased infections in family, hesitancy to travel, fear). Increased exposure to risks as well as logistical delays as a result of fresh lockdowns were also highlighted as constraining factors.

Since the second wave of the pandemic led to severe health crisis in the country, imposing lockdowns became imperative. In this backdrop, companies were asked to share the measures they have taken to ensure business continuity.

A majority of the respondents highlighted that they were strictly following government mandated procedures and encouraging covid appropriate behaviour in their premises. Additionally, increased level of digitization from the first phase of infections has helped businesses tide over this wave in a more planned manner.

Respondents also stressed that they were ensuring ample liquidity and were maintaining buffers of key inputs as well as final product stocks. Alongside, companies are increasingly focusing on external markets where demand is reviving. In the domestic market, there is much greater emphasis on catering to zones that are under less severe restrictions.

Furthermore, survey participants unanimously felt that the government must, first and foremost, focus on controlling covid cases. They said that only a massive vaccination drive could decouple India’s economy from another pandemic induced shock. While the government has fast tracked approval process of many authorized vaccines, ensuring adequate availability will be of utmost importance.

Also, the participants strongly believed that regular communication from the government on the status of the pandemic and necessary response measures undertaken remains vital to dispel any doubts and panic.

While the policy support extended by the RBI on May 5, 2021 was widely acknowledged and appreciated by the industry, some other issues on the working of the financial system were reflected on by the participants.

A large proportion of the participating companies emphasized the problem in availing credit and called upon the banking community to further enhance lending at a reasonable rate. Alongside, RBI should continue to ensure ample liquidity in the system and must take additional measures to encourage banks to lend more. It is essential that credit is provided to distressed segments of the industry, as well as to those segments which have adequate collateral or have great potential to generate more cash flows as the economy moves towards normalization.

The companies highlighted that the entire process for approval of loans has become extremely time consuming which is severely dampening business prospects. Participating companies felt that any refusal by banks to lend to companies must be backed by a reason and the same must be formally communicated as this would increase transparency.

Apart from this, a majority of the participating companies called for extension of the moratorium on loans, principal and interest payments, for at least another six months. Participants emphasized on the need for a stable interest rate regime for about 12-18 months. They also recommended that the RBI must continue with being accommodative till sustainable normalcy returns to the system.

On the fiscal side, companies unanimously felt the need for another fiscal package, focusing majorly on addressing the demand side. Demand boosting measures such as direct income support to rural as well as urban poor, income tax reductions for the middle class and temporary reductions in indirect taxes must be urgently considered.

Respondents also highlighted the need for continuation of liquidity support and credit enhancement measures to MSMEs as announced in the previous year. They called for targeted fiscal support- in the form of tax waiver and financial assistance- to sectors that were previously kept out of the stimulus package but were deeply impacted by it (including travel, tourism, hotels & hospitality and civil aviation).

In addition, the government must provide employment-based incentives to employers to avert any job losses. This could include temporary fiscal support towards payments of salary for employees in the MSME sector and/ or exempt employers’ contribution to PF and ESI for the current fiscal year.

Lastly, a majority of the respondents felt that frontloading capital expenditure, by both central and state governments, was the need of the hour as this would greatly build and sustain market sentiments and demand. 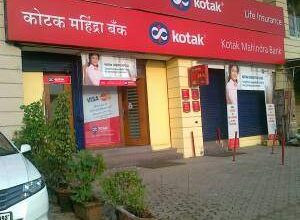 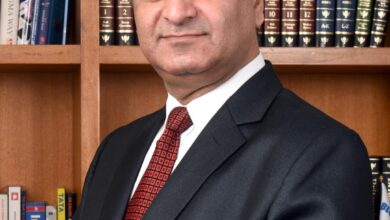 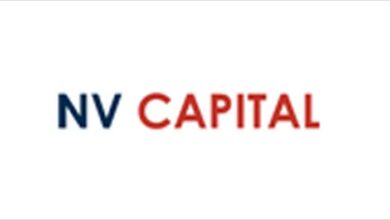 GHCL’s demerger gets a nod from Shareholders and Creditors