Each year, the respiratory problems go up majorly during Diwali. The number of admissions with breathlessness goes up as much as 20 times, in both patients who have a pre-existing lung disease and also those who have never been diagnosed with a lung disorder in the past. This includes the elderly, especially those who have COPD and those who have prior respiratory problems come in the most serious conditions because of the exposure to the toxic smoke.” exclaims Dr. Raja Dhar, Director of the Department of Pulmonology at Fortis Hospital Anandapur Kolkata.  Last year, during Diwali there were at least 2 days when Kolkata was by far the most polluted city in the country and probably the world, both around the Rabindra Sarobar and Victoria Memorial Pollution Control Centers. “The most affected group due to increased pollution levels during Diwali is those less than 10 years and elderly over the age of 65 years. Those falling in between these age groups have a comparatively better immunity level and hence manage to tackle the ill-effects to some extent.” states Dr. Angshuman Mukherjee, Consultant Pulmonologist at Fortis Hospital Anandapur Kolkata.

“Diwali is a festival of lights and not crackers or pollution. I urge the people of the city to usher in a brighter and illuminated Diwali and not a polluted one.” exclaimed Dr. Angshuman Mukherjee. Urging for a more responsible Diwali, Dr. Dhar states, “Enjoy the festival, have fun, spend time with your family and make it memorable for yourself. However, also pay heed to your health. Make sure that the fun is not at the cost of your health or your breathing.” 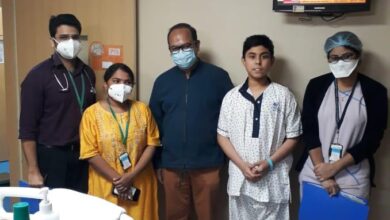