Sunita Kashyap used to get free treatment in her local health centre for the swelling in her right leg that has left her in pain and unable to work – the incurable result of a parasitic disease endemic in her native India.

That was before the pandemic hit, overwhelming India’s already fragile health system.For the past year, the 36-year-old mother of three has received only basic painkillers for the debilitating swelling caused by her lymphatic filariasis, also known as elephantiasis for the distinctive lower limb swelling it causes.

“We are poor people,” she told the Thomson Reuters Foundation by phone from her village in the northern state of Uttar Pradesh, one of India’s most deprived regions.

Lymphatic filariasis is a centuries-old disease spread by mosquitoes that causes hidden damage to the lymphatic system.

It is present in Asia, Africa and parts of the Caribbean and South America and is often contracted in childhood, but the painful and disfiguring swellings behind its colloquial name usually emerge only later in life.It affects the world’s poorest people, often preventing them from working and trapping them in a cycle of poverty, with many sufferers left disabled and facing the social stigma of disfigurement.

The World Health Organization estimates that 859 million people in 50 countries are threatened by lymphatic filariasis, though the number of sufferers has fallen by 74% since it launched a programme to eliminate the disease in 2000.The bulk of these are in India, where 670 million people live in regions where the disease is endemic, according to the health department.Because its effects are irreversible, prevention is key. But as well as affecting access to treatment, health campaigners say the coronavirus pandemic has hit crucial efforts to curb the spread of the disease.

Over the last two decades, India has used its army of ASHA workers – women health workers who act as the first line of defence in small communities – to administer a two-drug combination that can break the transmission chain if taken annually for five to six years.The treatments, which target the parasites in the blood of infected people to lower community transmission, have brought the number of districts where lymphatic filariasis is endemic down to 159 from 257 in 2004, Indian health officials said.In 2019, India introduced a new triple drug regimen that can check transmission in just three years. The new drug combination was initially rolled out in four districts, with plans to extend it to 27 this year, but officials said only one district had so far been covered.Five out of 10 health workers contacted by the Thomson Reuters Foundation in Uttar Pradesh said they had not been able to distribute the preventive drugs at all during the pandemic.

Preventive drugs had been administered in 97 of the 150 districts targeted by the government last year, Joshi said, adding that 32 had been covered so far this year, and distribution would resume between October and December.”Once the pandemic situation is under control, out-patient department consultations will go up,” she said.

The WHO set out the goal of eliminating lymphatic filariasis as a public health problem by 2030 when it published its roadmap to tackle 20 neglected tropical diseases (NTDs) in January.Together, these curable or preventable diseases affect more than 1.7 billion people in some of the world’s poorest countries, and efforts to tackle them around the world have been hit by the pandemic.

Elephantiasis sufferers contacted by the Thomson Reuters Foundation in India said they were struggling to access the drugs they relied on to ease the pain and fever that come with their condition.When transport services were suspended last year during a strict nationwide lockdown, patients in villages were unable to travel to the cities where they had previously accessed health services.Electrician Mohammad Hussain Baig travelled 1,500 miles (2,500km) from his village in the eastern state of Bihar to southern India to seek treatment after months of excruciating pain in his swollen leg.

“I was desperate,” said the 41-year-old, who used his smartphone to look for treatment options. “There is no doctor in my village or nearby who could treat this.”

When he reached the Institute of Applied Dermatology in the southern state of Kerala, Baig was diagnosed with lymphorrhea, a painful bacterial skin infection.The Institute’s chief dermatologist, S.R Narahari, said such cases had increased among his patients in the last year, and were often at a serious stage by the time they received medical attention.

“Wherever there is swelling, there is a lot of inflammation and we call this local immuno-deficiency. In COVID-19 it is an important co-morbidity which people don’t recognise,” he said.Amandeep Singh, senior director at the US-based health advocacy organisation Global Health Strategies, said India’s drug prevention programme had continued in 2020 despite the nationwide disruptions, but this year was different.

“There has been an unprecedented break in public health messaging, it’s almost as if all other diseases have disappeared,” he said.

“COVID messages need to be integrated with all the other programmes, and flexibility given to local decision makers to tailor the messages, to localise it.” 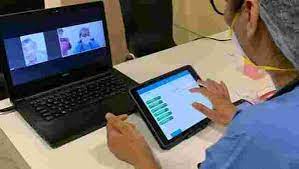 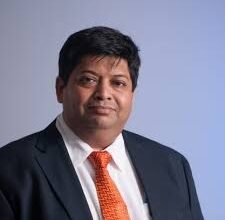 “Permitting existence of OPCs is indeed a major breakthrough” 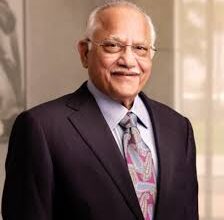 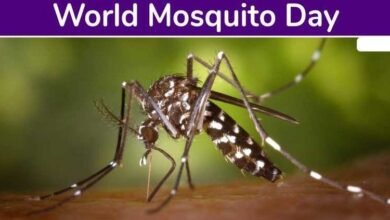 World Mosquito Day 2021: Understanding The Significance Of This Day In Preventing Mosquito-Borne Diseases