Shri Naveen Patnaik, CM Odisha, today inaugurated the Gandhi Peace Centre close to the Udaigiri Caves in Bhubaneshwar and dedicated it to the people of Odisha.

This being the 150th, Birth Anniversary of the Mahatma, the Aditya Birla Group felt that a fitting tribute, to the Mahatma would be, to set-up technological marvels, that would like a prism refract, the epic life of the Mahatma.Mrs. Rajashree Birla, Chairperson, Aditya Birla Centre for Community Initiatives and Rural Development, welcoming the Chief Minister, said that, “To set-up insightful galleries, in different parts of India, where Gandhiji’s imprint, is more than discernable would, we felt, be an act of deep homage.  Odisha, was the right choice”.

She added that,Shri Naveen Patnaik, epitomized Gandhian values and that the Mahatma felt a kind of spiritual connect, with Odisha.  It was the place, that he visited eight times.  His tryst with Odisha, began in 1921, as part of his nationwide journey, to spread his ideals of Satyagraha, Swaraj and Ahimsa.  It became intense, when he saw the frugal, precarious living conditions, of the poverty struck, the ill treatment of the Harijans, and the huge unemployment.

Mrs. Birla mentioned that, in view of Odisha’s situation, Gandhijipledged to put Odisha, on a transformative journey.  He did so by motivating, and goading, the people of Odisha, to help him in his crusade against untouchability, to become self-reliant, through the charkha, establishing khadi as an industry, coupled with a razor sharp focus, on agriculture.  Stalwarts such as UtkalmaniGopabandu Das, spearheaded Gandhiji’s freedom movement in Odisha.

Elucidating Mrs. Birla brought to the fore several facts.  For instance, Gandhiji, renewed the structure of the state, managed to open temple gates for Harijans, and was able to give a sense of dignity to its people.  “In Odisha,Gandhijiset a splendid example, of egalitarianism and self-reliance.  Shri. Naveen Patnaik, has taken Odisha, to the next level, changing the course of life of the marginalized, and truly living the Gandhian dream”, alluded Mrs. Birla.

The Gandhi Peace Centre, aims to bring to the people of Odisha, glimpses of the epic life, of the Mahatma, through cutting edge technology.  Bearing in mind, that as decades move on with the times, the relevance of great personalities, of the past, and their contributions fade.  So, she says that, “it is imperative to find creative ways, of keeping their lives, and what they stood for, in the minds of people.We live in a world of technology, and the youth, seem forever in its grip, and grasp.  To take the timeless message, of the Mahatma, we have recoursed to, world-class futuristic technology.  Through innovatively blending, the Gandhian ethos, we have evolved, an interactive process.  In the multimedia presentation, at this Peace Centre, everyone in Odisha can engage, in a fascinating dialogue, on the life and time of the Mahatma.”

Incidentally, this Gandhi Peace Centre, is the fourth of its kind.  In fact,the conceptualization, of the first Eternal Gandhi Multimedia Museum, was done by
Mr. Kumar Mangalam, an ardent follower of the Mahatma and the Aditya Birla Group, Chairman.  This is in Delhi at Birla House.  The three other Gandhi Centres – Birmingham in UK, the up and coming one in Houston in US, and this Centre in Odisha are replicas.  Besides these monumental structures, the Group has set-up miniature centres, at the major airports, with the most appealing Gandhi artefacts. These, help relive Gandhiji’s journey in life.

Mrs. Birla expressed deep gratitude, to the Government of Odisha led by Shri. Naveen Patnaik and for his unflinching support as well.  She also acknowledged the contribution of Shri. Ashok Chandra Panda, the erstwhile Culture Minister, in initiating this project, and for his outstanding support in translating this idea into a reality.

From the Aditya Birla Group, Dr. SantruptMisra and Mr. Ashok Bal, helped in taking the project forward.  Alongside Mr. Bharat Parekh, the Project Head, Mr. BiradYagnik, the curator and Mr. Sandeep Karkhanis, the architect, have been responsible for this marvelous execution of the Gandhi Peace Centre.

In conclusion, Mrs. Birla’s touching statement in her words, “In my heart, I feel very strongly, that if any state and its people in India, have to keep the spirit of Gandhiji alive, and carry the baton forward, it will be Odisha and Odiyas”.

The Gandhi Peace Centre is located in proximity to the historical Khandagiri and Udaigiri Caves.  Spanning 20,000 sq. ft., it’s an interactive digital wonder in Odia, Hindi and English.  The Centre is open for viewing between 11:00 a.m. to 7:00 p.m. from Tuesday through Sunday and admission is free.  The Centre welcomes the people of Odisha and visitors to this beautiful city. 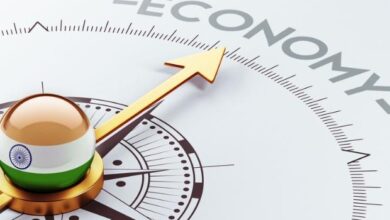 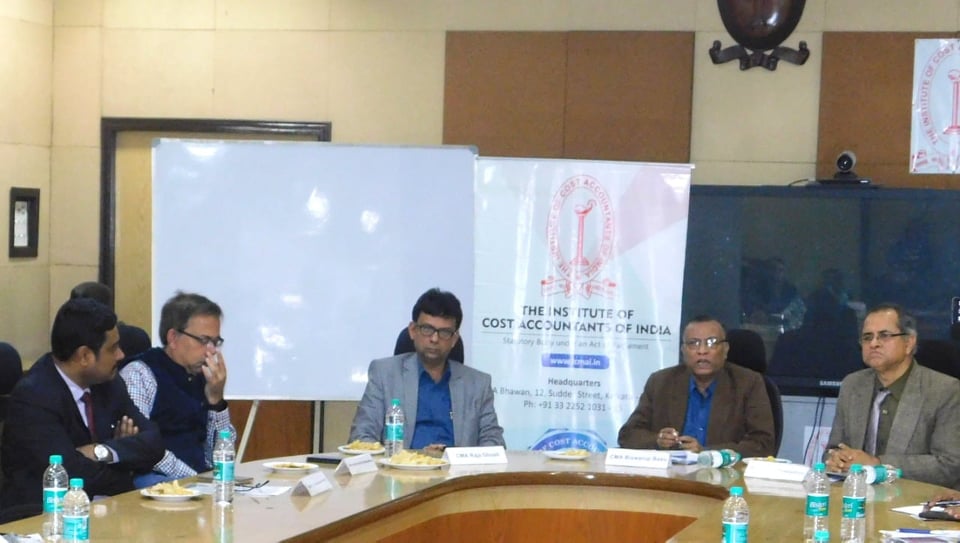 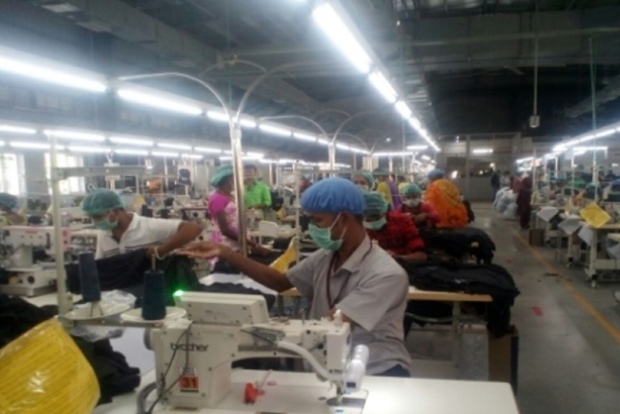 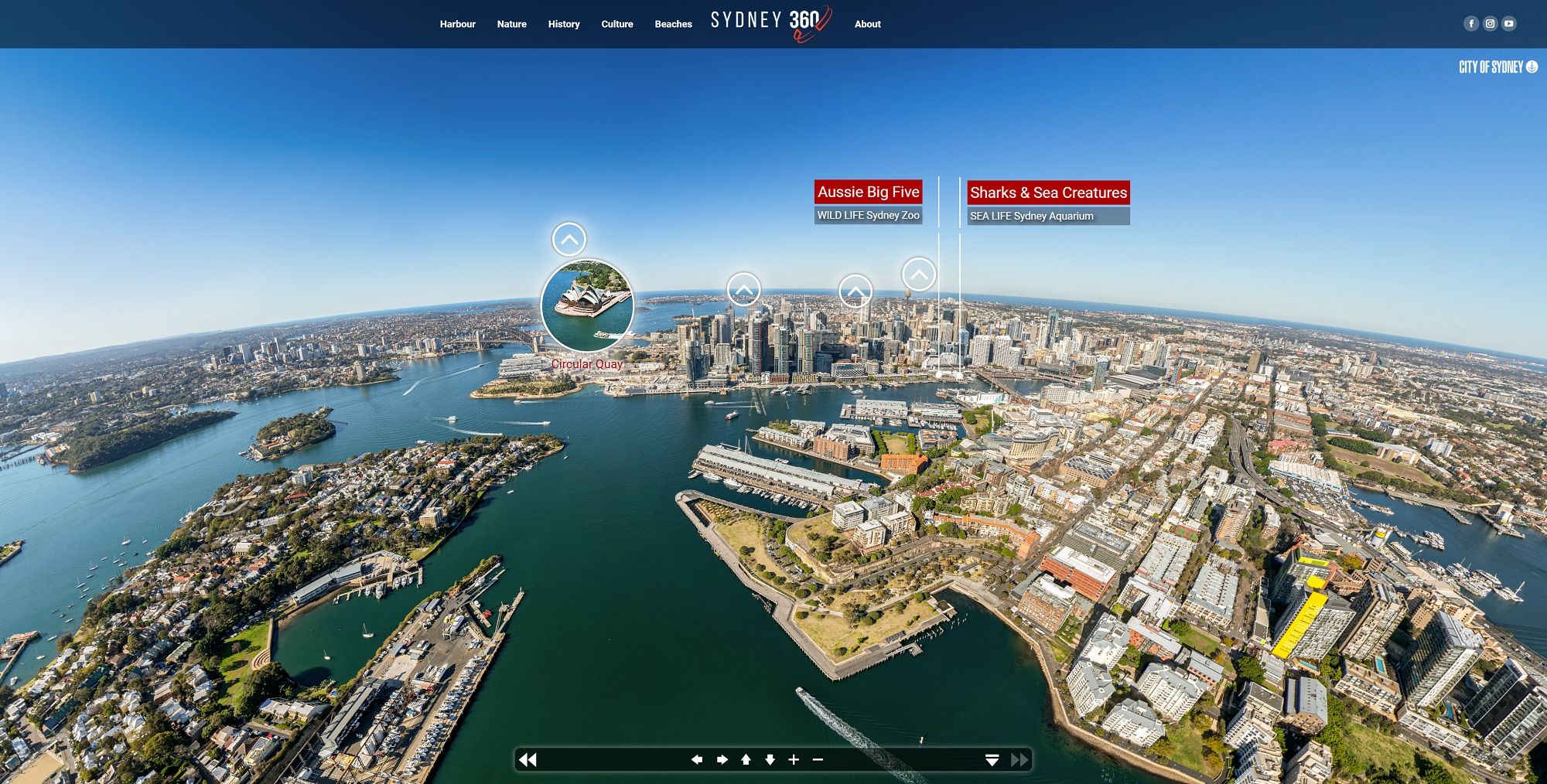