Adding the magical touch of mesmerizing music to a compelling story of  indefatigable human spirit, Disney+ Hotstar VIP released the original soundtracks of 1232kms, the story of 7 migrant workers who defied all odds to reach home during the nationwide lockdown. Almost one year ago,  a lot of migrant workers made their way to their homes as they started leaving cities to return to their villages.  At a time when citizens across the country were staying home to protect themselves from coronavirus, there were countless number of migrant workers who embarked on a difficult journey to their villages – even as trains, buses and other modes of public transport were shut down. The unrivalled lyricist-composer duo of Gulzar Saab and Vishal Bhardwaj have come together to create – ‘Marenge To Wahin Jaakar’ and another soulful track ‘O Re Bidesiya’, that encapsulate the emotions of longing for one’s home.

The inimitable Sukhwinder Singh has lent his powerful voice to ‘Marenge Toh Wahin Jaakar’, a touching tribute to all those who leave their villages and homes to work in towns and to ‘O Re Bidesiya’, an emotional call for a person who has gone away to come home. Singer Rekha Bhardwaj has also created a beautiful rendition of the song ‘O Re Bidesiya’. Produced and directed by the country’s finest journalist and National award winning filmmaker Vinod Kapri, who travelled with migrant workers as they pedalled for several hours each day across highways, villages and towns, the executive producer of the film is Oscar winner Guneet Monga and Smriti Mundhra’s Meralta Films while veteran film editor Hemanti Sarkar has creatively shaped it. Hotstar Specials presents1232kms releases this 24th March only on Disney+ Hotstar VIP.

Gaurav Banerjee, President & Head – Hindi Entertainment, STAR India said, “Disney+ Hotstar VIP is delighted to partner with the extremely talented National Award-winning filmmaker Vinod Kapri to bring audiences the moving story of the migrant workers and their long journey home during the unprecedented nationwide lockdown. It is an honour to collaborate with celebrated names in the music industry – the beautiful lyrics penned by Gulzar Saab along with the soulful tunes composed by Vishal Bhardwaj, have made the documentary even more touching. Disney+ Hotstar VIP is committed to bringing India, the biggest as well as the most important stories that are not only entertaining but also deliver a strong message.”

Legendary lyricist Gulzar Saab said, “1232kms is a very important film as it has captured a crucial event in the history of India. The journey of the migrant workers as they traversed long distances to reach home had many ups and downs, and I wanted the songs to reflect their bittersweet stories. Both the songs ‘Marenge Toh Wahin Jaakar’ and ‘O Re Bidesiya’ depict that no matter how far one might travel, they always belong to their home, and that they can reach out to their village and loved ones during difficult times.”

Composer Vishal Bhardwaj said, “Gulzar saab has once again penned profound lyrics that perfectly capture the emotions that were prevalent amongst our countrymen during those tough days of lockdown. I wanted to compose a tune that enhances that feeling of home for millions of those migrant workers in India. The lyrics of these songs capture so many emotions that I had the liberty of composing not one but two renditions of O Re Bidesiya.”

Singer Sukhwinder Singh said, “Gulzar saab and Vishal Bhardwaj are legends in their own right, and lending my voice to anything they’ve created is a huge honour for me. I can’t even imagine the plight and journeys of all those men, women, children and families who were on the roads while all of us comfortably stayed in ours. 1232kms is an extraordinary piece of work, and I hope that it is watched by each and every Indian.”

Singer Rekha Bhardwaj said, “The lyrics of O Re Bidesiya are filled with such earnestness and raw emotion that only Gulzar saab could have penned this. The composition by Vishal is so full of emotions complimenting the lyrics and my singing. As a singer, my job is to use my voice to enhance the feelings that are being relayed in the song, and that’s exactly what I have tried to do with my rendition of this song, which truly touched my heart.” 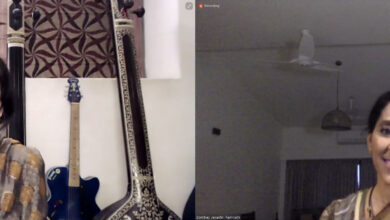 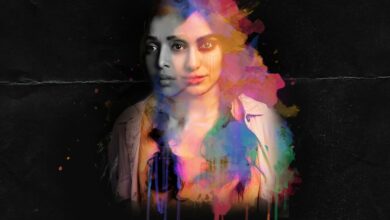