Knight Frank India today launched the 12th edition of its flagship half-yearly report – India Real Estate: H2 2019- which presents a comprehensive analysis of the residential and office market performance across eight major citiesfor the July-December 2019 (H2 2019)period. The report showed that home launches in Kolkata fell by a significant 53% YoY to 5,654 units in 2019 as developers are adjusting to the registration process under the new West Bengal Housing Industry Regulatory Authority (WBHIRA). Sales also went down by 12% YoY to 11,266 unitsduring the same period.
Contrary to the residential market, 2019 emerged as a landmark year for new office supply influx for Kolkata with the highest total recorded in the past five years, at 0.56 mnsq m (6 mnsqft). Office leasing in Kolkata also witnessed a healthy 69% annual increase in 2019 to 0.13 mnsq m (1.35 mnsqft).

• Home launches in Kolkata fell by 53% YoY to 5,654 units in 2019 and by 11% YoY to 5,027 units in the second half of 2019 (H2 2019).
• Teething troubles for developers with understanding the project registration process under HIRA, coupled with the significant delay in obtaining approvals have negatively impacted residential launches.
• Affordable homes priced in INR 2.5-5.0 million (INR 25-50 lakh) accounted for a mammoth 78% of the total launches in H2 2019 as the government reducing GST to 1% without ITC on affordable housing projects under construction prompted many developers to plan future residential supply in this ticket size range.
• Homes priced below INR 2.5 million (INR 25 lakh) accounted for 8% of the total launches, while the remaining were distributed across the INR 5.0-7.5 million (INR 50-75 lakh) and above-INR 20 million (INR 2 crore) categories.
• South Zone, comprising areas such as Ballygunge, Alipore, Tollygunge, Narendrapur, Behala,Garia, Maheshtala and southern parts of EM Bypass, accounted for the lion’s share of 78% of the total launches in H2 2019.
• Rajarhat accounted for 12% share in new launches, with New Town remaining a prime micro-market for mid-segment project launches.
• Home sales went down by 12% YoY to 11,266 units in 2019. After a drastic fall in sales in H1 2019, Kolkata’s residential market bounced back with a 9% YoY upswing in the number of units sold in H2 2019.
• Affordable homes with ticket sizes up to INR 5.0 million (INR 50 lakh) witnessed two-thirds of the total sales volume in H2 2019. Mid-segment homes priced from INR 5.0-7.5 million (INR 50-75 lakh) also noted an uptrend, accounted for 19% of sales.
• In line with the trend witnessed for new launches, the South Zone leads with a 35% share in total sales, followed by Rajarhat with a 26% share.
• Weighted average home prices in Kolkata increased marginally by 3% YoY to INR 36,156 per sq m (INR 3,359 per sqft) in H2 2019 due to increasing input costs and a slight reduction in unsold inventory in H1 2019.
• Unsold inventory saw the highest percentage decrease in the last two years in H2 2019, by 15% YoY to 32,924 units, due to a healthy sales volume and curtailed launches.
• Quarters-To-Sell (QTS) also came down to the lowest in last two years, from 12.6 quarters in H2 2018, to 11 quarters in H2 2019.

Swapan Dutta, Branch Director-Kolkata, Knight Frank India, said, “Barring a minor 2% uptick in sales in H2 2018, the past 3.5 years have been particularly slowfor Kolkata’s residential market with sequential sales declines in each half-yearly period. However, the negative end-user sentiment, which had set in the market post the multiple policy reforms since demonetization in November 2016, has finally tapered off post the April 1st, 2019 GST reduction to 1% without ITC on affordable housing projects under construction. This announcement has helped buyer sentiments and set in motion the sale of units nearing completion. Though the market completely remains end-user driven, the regulatory framework for the real estate sector and government’s continued impetus towards affordable housing is gradually taking the sector out of its worst days.”

• Office leasing in Kolkata witnessed a healthy 69% annual increase in 2019 to 0.13 mnsq m (1.35 mnsqft). In H2 2019, 0.07 mnsq m (0.72 mnsqft) of office space was leased, which represents a 24% YoY increase.
• IT/ITeS sector accounted for 47% of the total transactions in H2 2019, while the share of BFSI sector reduced to 14% during this period.
• As the co-working culture has not taken off in Kolkata, it accounted for only 3% of the total transactions, which is slightly lower than what was noted during the year ago period.
• In H2 2019, Peripheral Business District-1 (Salt Lake City) continued to remain the preferred location for occupiers accounting for 62% of the total leasing volume; followed by PBD-2 (Rajarhat New Town) grabbing a 33% share.
• Occupier demand for spaces in Central Business District (CBD) and Off CBD locations remained subdued with only a 2% share due to non-availability of large office space formats and ongoing metro construction.
• Small ticket-sized transactions dominated the overall leasing volume in H2 2019, with average ticket size at 2,083 sq m (22,417 sqft) witnessing a 35% YoY increase.
• 2019 was a landmark year for new office supply influx for Kolkata with the highest total recorded in the past five years, at 0.56 mnsq m (6 mnsqft), registering a 153% rise.
• While the first half of 2019 did not witness any new supply, the entire new supply came online in the second half of 2019.
• Kolkata’s office vacancy level, which was already high at 35% at the end of H2 2018, skyrocketed to 43% at the end of H2 2019, as supply far outpaced spaces leased.
• Weighted average monthly rentals for office spaces in Kolkata declined by 10% YoY to INR 413/sqft/month (INR 38.41/sqft/month) due to high vacancy levels and massive supply infusion.
Swapan Dutta, Branch Director-Kolkata, Knight Frank India, said, “Co-working, as an offshoot of the ‘shared economy’ model has failed to interest real estate developers and occupiers in Kolkata as the local economy of the city and its industrial output is not at par with others and lags far behind key Indian cities witnessing much higher leasing volume. While the office leasing volume in Kolkata constitutes a small percentage of the total leasing of office spaces across the top eight cities in India, it is a welcome surprise for Kolkata’s commercial real estate market. This is mainly because this healthy rise in occupier demand has come after nearly four years of staid office space consumption by corporates.” 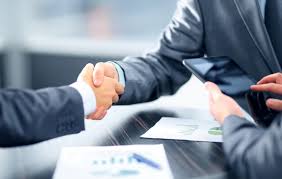 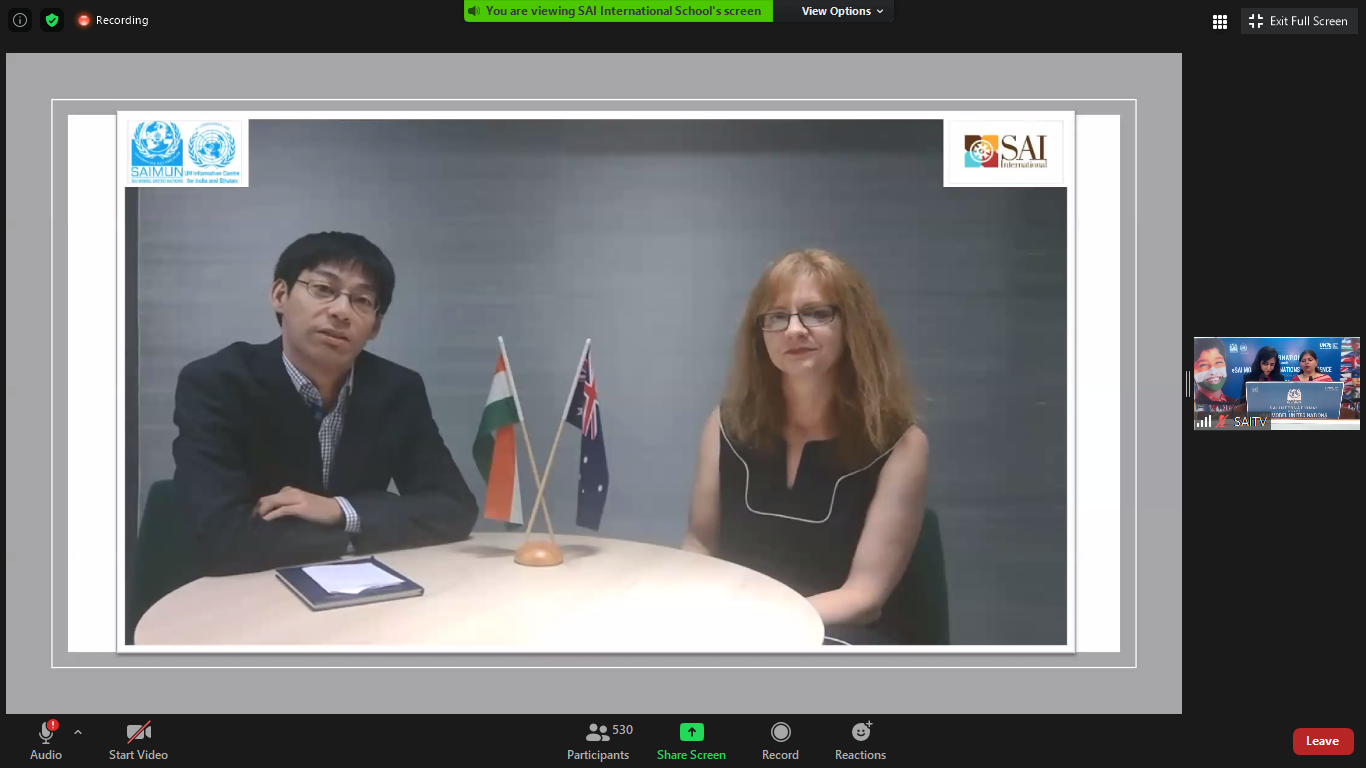 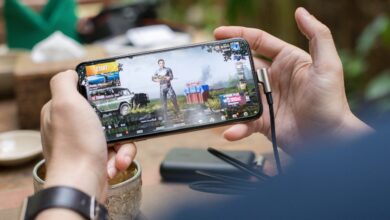 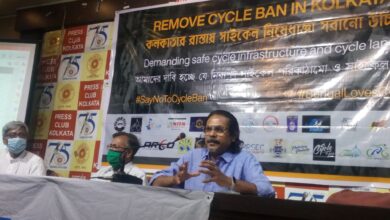