I’M POSSIBLE’ – the story of a lad, who shone as bright as a star… Yet fate showed him down the narrowest lanes of life… And… Yet, he came out… UNSCATHED, authored by Dr K Hari Prasad, President, Apollo Group-Hospitals; Dr Prathap C. Reddy , Chairman, Apollo Hospitals Group wrote the Foreword for the book and World Badminton Champion PV Sindhu introduced the book.

Dr Hari Prasad is a popular figure, not just because he helms one of the largest healthcare organizations of the country, but also because he is an extremely popular erstwhile cricketing star. He made his Ranji trophy debut with Mohammed Azharuddin, and played alongside stalwarts including M. V. Narsimha Rao, L Sivaramakrishnan, W.V.Raman and Saad bin Jung.

I’M Possible captures the unbelievable life story of Dr Hari Prasad, who has seen it all—from being an average performer in school to becoming a cricketing star; from fighting a legal battle to get into a medical college to giving up cricket overnight; from falling in love to tying the knot at a barely-marriageable age; from excelling as a doctor to giving up practising completely; from being a fit sportsman to falling prey to tobacco addiction…and eventually combating cancer…taking up a nearly impossible health challenge and emerging as an inspiration to many…

PV Sindhu in here introduction says, Dr Hari Prasad life is all about expecting the unexpected, no matter how difficult or complicated situation he faces, he dealt with it in the most poised and resilient way. He is passionate about everything he takes on, be it cricket, education, work, family. His dedication and commitment is supreme. He is for living life to the fullest and pursue to learn new things. He was the most promising cricketer of his time and played it at various levels, alongside cricketing greats like Md. Azharuddin, Arshad Ayub, Narsimha Rao. Overnight he gave up cricket, when he was at the peak, to pursue his education. Again specialising and practicing as an anaesthetist, he stopped that practice suddenly. At one point, his journey almost ended with a major health shock. All his life when things seem to be settled, the earth beneath seem to cave in. Change has been the only constant in his journey. The grace and poise with which he handled all these challenges has a lesson for everyone, irrespective of age and profession.

Dr Prathap C. Reddy said, everybody I met here has a good word for Hari, I met him 23 years ago, he is instrumental in creating an emergency system like nowhere in the world. He created a model emergency care for the Indian Healthcare. But what really impressed me was his ability to bring a change and make this huge difference for healthcare in our country. He has many more thing to do, to transform a good institution into a great institution.

Dr K Hari Prasad said, like everyone I too had my peaks and valleys, as the saying goes, one learns from mistakes I too learned many lessons from mistakes, this book is a compilation of all the mistakes I made and the lessons I learnt. There are many twists and turns in my life, I have been honest and captured my journey factually. It is more aimed at helping readers to avoid what is avoidable. It’s a celebration of all those who impacted my life and what I am today is because of them. I have started a charitable institution for helping the needy in education, health and sports and all the proceeds of this book will go towards these causes.

The Delhi-based publisher Ananya Sharma said that the book has become a sensation even before being launched and has gone into a third reprint on the day of the launch. The book is available on Amazon and leading book stores.

Talking about the challenges associated with the book, Ananya said, ‘Anyone who knows Dr Hari would know that he is a private person and a man of very few words. Thus, developing the story was a major challenge. His responses were mostly syllabic! Our team kept interacting with him, determined to tell this larger-than-life story in the simplest of words that vividly bring out the emotional side of an otherwise stern and reserved individual—one who underplays his achievements and often does revolutionary things from behind the curtain. And I daresay the product is a masterpiece! I have done books all my life but this one altered my DNA. The leaves of I’M Possible hold magic between them! It would leave the readers intrigued, enchanted and motivated. This book could be the sacred text for all those who have bullish ambitions and want to achieve something extraordinary in life.’ 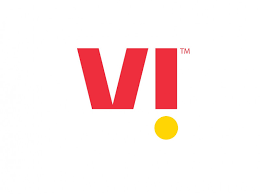 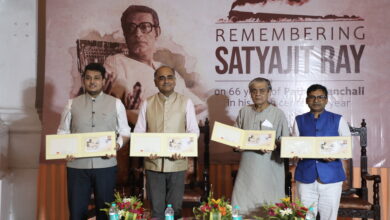