Prime Minister Shri Narendra Modi believes that cleanliness is one of the most important dimensions of life. This is the reason why “SevaPakhwada” is celebrated from 17th September, the birthday of Hon’ble Prime Minister. The contribution of cleanliness ambassadors is most important in keeping our environment clean.To show gratitude for the contribution of cleanliness ambassadors in the society, Indira Gandhi National Center for the Arts, Ministry of Culture and Rajya Sabha MP and Trustee of Indira Gandhi National Center for the Arts Padmavibhushan Dr. Sonal Mansingh organized “SwachhtaSrishti Se AmritVrishti” event to honor the ambassadors of cleanliness under “SevaPakhwada”.

This event was held in the auditorium “Samvet” of Indira Gandhi National Center for the Arts. The chief guest of the program was the former First Lady of India, Smt. Savita Kovind and famous social worker Mallika Nadda. The program was presided over by the President of IGNCA, Shri Ram Bahadur Rai. On this occasion Dr. Sonal Mansingh and Member Secretary of IGNCA Dr. Sachidanand Joshi also graced the occasion with their dignified presence.

The event was attended by Municipal Corporation of Delhi, New Delhi Municipal Corporation and Indira Gandhi National Center for the Arts. During the program, the cleanliness ambassadors of Indira Gandhi National Centre for the Arts – Radha, Meenakshi, Sarina, Indu, Babita, Seema,Suraj, Manoj, Ajay and Chhatarpal presented a cultural program which included folk songs, folk dance and group song. Suraj, Ajay and Babita also recited poems written by them on the occasion. An exhibition of suraj’s paintings and handicrafts by Indu, Seema, Babita was also put up at the venue, which brought to the fore their versatility to the visitors.

Cleanliness has always been given a lot of importance in Indian culture. The cleanliness of the five elements has been said in the Vedas. Mahatma Gandhi gave importance to cleanliness more than anything else. Gandhijihad said, “Cleanliness is more important than political freedom.”Recalling this, Dr. SonalMansingh recited a poem, “Bharat kekonekonekoujlasuthrasaaf Karen/ ho durmalintadhartiki, kankanmeinmadhursugandhbharen/bastibastifir khiljayenagrinagriphirmuskaye/ jo dekhswachadharaapni, touambarbhiamritbarsaye.”

On this occasion, Dr. Sachchidanand Joshi, Member Secretary, Indira Gandhi National Centre for the Arts, said, “Who could have imagined that the Prime Minister birthday would be celebrated with such enthusiasm. He added PM’s birthday would be marked as ‘SevaDiwas’ and with respect to the cleanliness ambassadors he reiterated that  it is their resolve to be honored and to be proud.We are really lucky today that we are in that era, when the country has got a Prime Minister like Narendra Modi. Today we have all been honored, and are proud by honoring the ambassadors of cleanliness. On behalf of the former first lady of the country, Savita Kovind, her daughter Swati Kovind said, “Service is the cultural heritage of our country. Since ancient times, the sages of India have considered service religion as the most important. Even in our scriptures, there is a mention of ‘SevaParamoDharmah’ that means service is the supreme religion.

On this occasion, the second chief guest Dr. MallikaNadda said that through this program, an effort has been made to honor the talent of the ambassadors of cleanliness. We all have some talent; we should know it, understand it and give it opportunity. Presiding over the event, Indira Gandhi National Centre for the Arts, Shri Ram Bahadur Rai said, “Our Prime Minister Narendra Modi ji has a dream that how we should honor the people who do the cleaning and also make arrangements for their safety. When we honor someone, it has both. Conducting the program, Anurag Punetha, Media Controller of Indira Gandhi National Centre for the Arts, quoted Mahatma Gandhi as saying, “If a person is not clean, he cannot remain healthy. Adopt cleanliness in your conduct in such a way that it becomes your habit.” 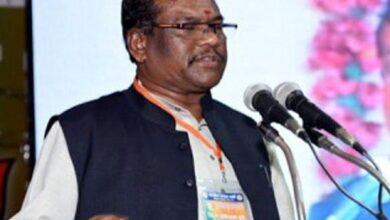 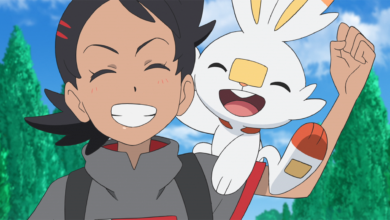 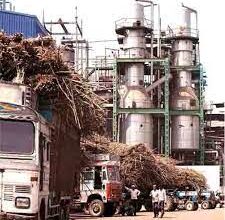