Federation Of Hosiery Manufacturers’ Association of India (FOHMA), West Bengal Hosiery Association (WBHA), The Bengal Hosiery Manufacturers’ Association (BHMA), Chamber Of Textile Trade & Industry (COTTI), West Bengal Garments Manufacturers and Dealers Association (WBGMDA), Eastern India Garment Manufacturers & Exporters Federation (EIGMEF), Bangla Readymade Garments Manufacturers & Traders Welfare Association (BRGMTWA), representing the interests of the Hosiery, Knitwear, Fabric, Textile Traders & Garments Industry, today, expressed their deep sense of disappointment and anguish at the recent announcements from the GST Council which indicated that with a view to address the issue of Inverted Duty Structure in the Textile Industry, it has proposed to implement the above on Fabrics and Garments with effect from 1st January, 2022. Although no formal communication has been received, the applicable rates will be enhanced and will match the rates at present for the good above the price of Rs.1,000/-.

The stated objective of such a change is the anomaly of an Inverted Duty Structure faced by a small section of the industry. It is indeed disturbing, that merely to correct an anomaly faced by one segment of the industry, which constitutes not more than 15% of the total Industry, the Government is proposing to implement Inverted Duty Structure which will affect nearly 80% of the final products to the Consumers (Garments over Rs 1,000/- were in any case at 12% GST).

Associations, thus urge the Government and the GST Council to reconsider this proposal based on these crucial issues:

1. The Domestic Hosiery Knitwear Fabric, Textile Traders & Garment Industry is still struggling to revive post the Covid pandemic. Monthly Surveys conducted by RAI (Retailers Association of India) indicates that most of the Apparel Retail stores are still at 60 – 65% of pre-covid levels (Retail, which is the lifeline of Apparel Manufacturing, was one of the first sectors to shut down and one of the last to re-open). There would be a direct correlation between these levels and the health of the Manufacturing sector. Most indicators point to the end of 2022 as the earliest that the industry can hope to achieve its pre-covid levels. Any increase of taxes at this juncture would be disastrous for the industry at this point of time.

2. One of the most serious impediments for the growth in the Domestic Hosiery & Garment industry is the traditionally long credit extended to buyers and the consequent high requirement of Working Capital. The pandemic has seen these Credit periods extend even more, where desperate Manufacturers are compelled to extend higher credits in order to obtain some business and survive. Increasing of GST Rates from 5% will create greater stress on the already extended Working Capital requirements of the industry, especially of the MSME Sector (which accounts for over 90% of the industry). It will be important to note here that Banks, which had extended additional Credit to MSMEs under the Government backed Emergency Credit Line Scheme (which was a crucial support to the MSMEs last year to help them survive), have started recalling their loans. Given the limited recovery of the markets even today, this is causing severe hardship to the MSME Sector.

3. Surveys conducted by CMAI during 2020 and 2021 indicate that the Covid-19 Pandemic has already seen 18-20% of Hosiery Knitwear Fabric & Garment units across the country shutting or scaling down their operations. The Garment Industry, being the highest employer in the country after agriculture, is already seeing a drop of not less than 20% employment in the sector. Any additional burden on the industry will see a definite impact on the economic viability of this industry.

5. At present when the GST structure is at the rate of 5%, goods from Bangladesh coming through informal sources are also affecting our indigenous production to a great extent. Since the taxation is at a lower rate, it is economically not much viable for them to send goods through these irregular means but once there is a jump there will be a strong contention that the flow of goods will have a greater impact thereby indirectly affecting the sales and resultantly production.

“The Hosiery & Knitwear including Garments Industry in India employs close to 11 million workers, of which 8 million are engaged in the Domestic sector and 4 million in the Export sector. It is estimated that almost an equivalent number of people are indirectly employed by the industry – in Embroidery units, Washing Laundries, Packaging industry, etc. Even if there is an estimated 18% shrinkage in workforce, the industry is likely to see a job loss for 1.44 million people. An increase of Taxes by as much as 7% will lead to a much higher level of job losses – possibly in excess of 2 million”, said Mr K B Agarwala, President, FOHMA & Managing Director of Rupa & Company.

“As a result of the massive price increase of Raw Materials such as yarn, fabric, fuel, packaging materials, transportation, etc., the industry is already seeing a 15% – 20% price increase in the final price of the product. The Consumer is already reeling with job losses, wage cuts and social and personal traumas. Adding another increment to the prices will lead to a very severe drop in consumption, or a shift to cheaper and lower quality goods. The combined goal of any Government and Industry would be to improve the quality of consumption in Society – increasing prices beyond the reach of the common man goes against this basic principle”, said Mr Ashok Todi, President, WBHA & Chairman Lux Industries Limited.

“Indian Hosiery Knitwear Fabric, Textile Traders & Garment Industry is still largely a Cotton based Industry. Cotton garments, including traditional wear categories such as Dhotis, Sarees, etc. form the bulk of clothing used by the poorer sections of the Society. This section is already struggling to come out of the severe economic, social and personal trauma caused by the pandemic. Any additional burden on this section of the population will result in consumer negativity which will not be beneficial to anybody”, said Mr Sharad Bhatter, President, BHMA & Director, Asia Hosiery Mills Private Limited.

“It is a known fact that a very large segment of the Garment Industry was in the unorganized or informal sector before GST. This sector has gradually evolved to the formal sector over the last few years, primarily due to the low and reasonable rate of GST. This has not only improved the tax collection of the Government but also brought these players in the formal system for all other taxes”, said Mr Raj Dugar, Vice President EIGMEF.

“Raising the taxes will again increase the temptation of such fringe players to revert back to the informal sector. This will not only impact the Government revenue collection under GST, but also impacts its other Taxation streams”, said Mr Alamgir Fakir, President, BRGMTWA & Director, Dynax Apparels Private Limited.

“We believe that a far more beneficial and reasonable solution, which will not only resolve the Inverted Duty Structure anomaly but also give a fillip to the industry is to make the entire Value Chain subject to a 5% rate.

We are currently undertaking a detailed Economic Study through India’s most respected Agencies, which indicates that the drop in Revenue for the Government if the entire chain were to be taxed at 5% will be negligible, and in fact could even result in a higher revenue collection with greater compliance and consumption Impetus”, said Mr Sanjay Kumar Jain, Former Chairman, CITI & Managing Director, TT Limited & Vice President FOHMA.

“We also urge the Government to consider the cost to the Government as well as the industry to create the 2 million jobs which could be lost due to this increase in GST rates, as opposed to the marginal drop in revenue, if any”, said Mr Vijay Kariwala, Senior Vice President, WBGMDA.

In light of the above, Associations strongly urge the Central and State Governments and GST Council to review their decision and maintain the current status quo of the GST rate on the Hosiery, Knitwear Fabric & Garment Industry.

·      TO VENTILATE THE PANIC SITUATION OF THE HOSIERY, KNITWEAR & GARMENTS INDUSTY THROUGH PRESS CONFERENCE.

·      REPRESENTATIONS SEND FROM ALL INDUSTRY RELATED ASSOCIATIONS THROUGHOUT THE COUNTRY TO THE CONCERNED AUTHORITIES.

·      MEET WITH THE CONCERNED STATES FINANCE MINISTER AS WELL AS THE CENTRAL MINISTERS FOR REDRESSAL THE ISSUE FOR THE INTEREST OF THE COMMON MAN AS WELL AS FOR THE INDUSTRY. 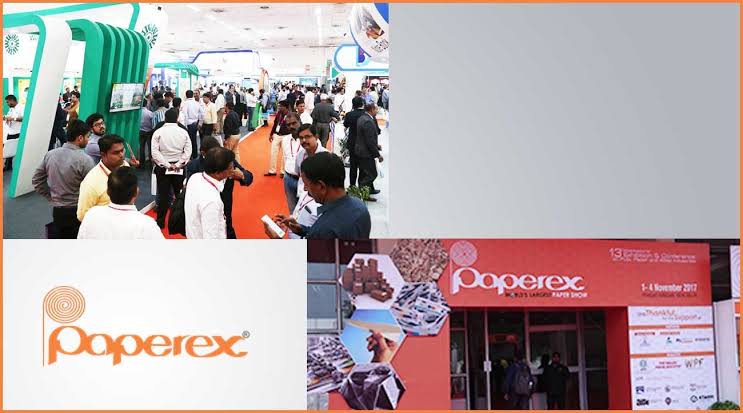 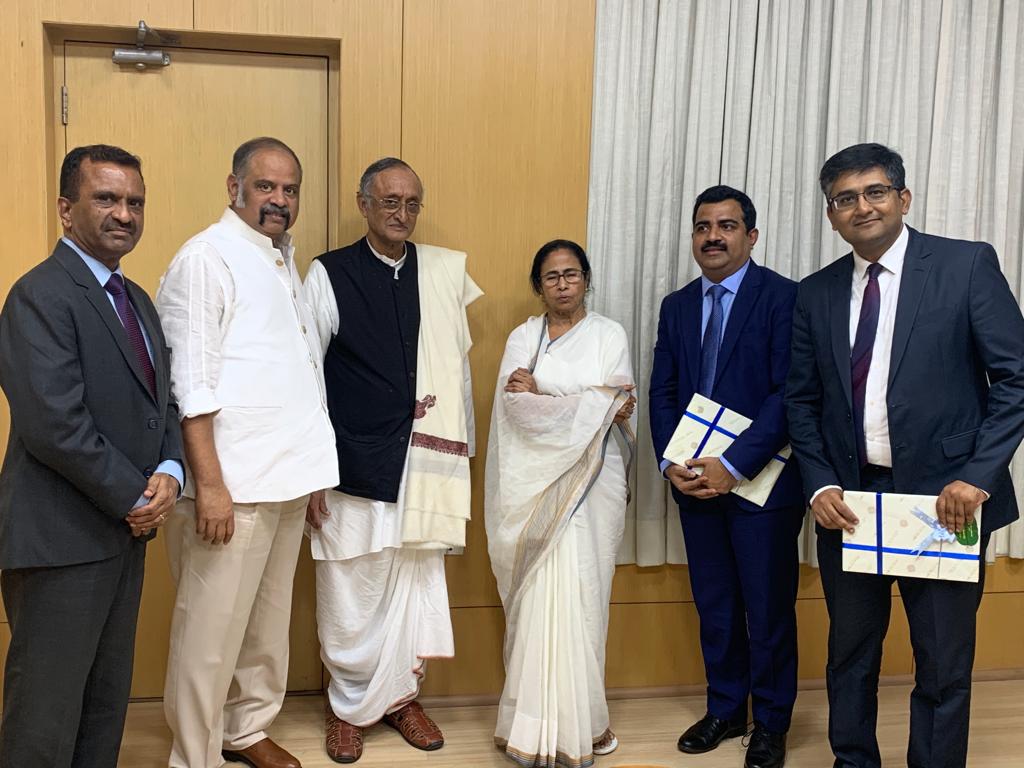 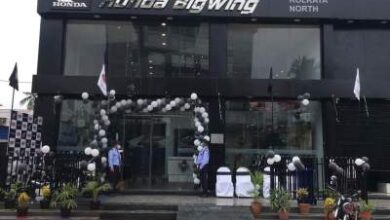 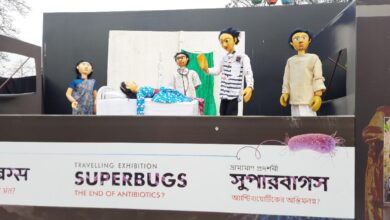