At yesterday‘s meeting, the Governing Council of the European Central Bank (ECB) gave the go-ahead for the possible issuance of a digital euro. A two-year investigation phase is to clarify what the digital version might look like. Giesecke+Devrient welcomes the ECB’s decision to proceed with the development of a central bank digital currency (CBDC) in the Eurosystem. Considering the worldwide initiatives from central banks to issue digital money as a legitimate means of payment in addition to cash, this is an important signal for the sovereignty and stability of the European currency area.

For the European Central Bank ECB, the further development of the digital euro as a central bank-backed digital currency is at the top of the priority list. Thus, ECB President Christine Lagarde stated yesterday (Wednesday): ” “Our work aims to ensure that in the digital age citizens and firms continue to have access to the safest form of money, central bank money

The Munich-based security technology group Giesecke+Devrient (G+D) welcomes the positive developments regarding the digital euro. The next decade is set to become Europe’s digital age – and the digital euro is a crucial element for ensuring the independence of European states and the prosperity of the economic area in the future. Practically all over the world, central banks are working under high pressure on digital currencies. The British central bank recently set up a task force, Sweden extended the test phase for its own CBDC, and China announced the launch of its digital currency DCEP (Digital Currency Electronic Payment) as early as the Winter Olympics in February 2022.

“In this context, Europe would be well advised to move ahead with the concrete design of the digital euro and then greenlight its implementation. The issue of introducing a digital currency is about nothing less than safeguarding the financial, monetary and economic sovereignty of European states and their citizens,” comments Ralf Wintergerst, Chairman of the Management Board and CEO of G+D, on the ECB’s decision.

The digital euro would provide citizens with a secure, legally legitimized alternative to speculative cryptocurrencies such as bitcoin or unregulated and uncontrolled private currencies such as stablecoins. This is because a well-designed CBDC combines the advantages of cash with the speed and convenience of digital payment options, without leading users into dependencies, incurring incalculable security risks, and causing additional costs. As an inclusive digital payment medium, the digital euro would be available to all citizens, regardless of their social status and ability to access bank accounts, payment service providers, or the internet. Non-Europeans, such as tourists or foreign business people, should also be able to benefit from it when visiting or conducting business with Europe, and to use it as a universally valid means of payment.

Ralf Wintergerst adds: “Of course, such a mammoth project must be preceded by meticulous planning. But we must also not get bogged down in unnecessary details in this crucial phase. As an economic power and a community of values, Europe must transform its strength and its ideals into the reality of the digital age. The digital euro is an indispensable building block for this and thus crucial for Europe’s digital self-determination.”

G+D offers its own solution for digital central bank currencies, “Filia”, and is involved in CDBC projects worldwide. 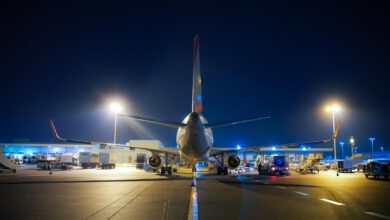 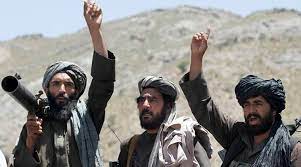 At one with Indian Govt on Afghanistan; our leadership best suited to protect and advance region’s interest: ASSOCHAM 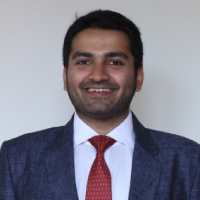