The latest round of FICCI’s Economic Outlook Survey (July 2022) puts forth an annual median GDP growth forecast for 2022-23 at 7.0 per cent – with a minimum and maximum growth estimate of 6.5 per cent and 7.3 per cent respectively. Growth forecast has been downgraded from the 7.4 per cent estimate in previous survey round (April 2022) owing to geopolitical uncertainty and its repercussions for the Indian economy.

The median growth forecast for agriculture and allied activities has been put at 3.0 per cent for 2022-23. On the other hand, industry and services sector are anticipated to grow by 6.2 per cent and 7.8 per cent respectively during the fiscal year.

The present round of Survey was conducted in the month of June 2022 and drew responses from leading economists representing industry, banking and financial services sector. The economists were asked to provide forecast for key macro-economic variables for the year 2022-23 and for the quarters Q1 (April-June) of FY23 and Q2 (July-September) of FY23.

Indian economy is not immune to global volatility, as is evident from the deepening inflationary pressures and increasing uncertainty in financial markets. The participants pointed out that these factors are exerting pressure on India’s economic prospects and is likely to delay the recovery.

Major risks to India’s economic recovery include rising commodity prices, supply-side disruptions, bleak global growth prospects with the conflict prolonging in Europe. A slowdown in the Chinese economy is also expected to have an impact on India’s growth. Increased input cost is impairing discretionary spending as these get passed on to the final consumer through higher selling prices.

The median forecast for CPI based inflation rate has been put at 6.7 per cent for 2022-23, with a minimum and maximum range of 5.4 per cent and 7.0 per cent respectively. This is in line with RBI’s indicative trajectory put forth in the recent monetary policy announcement in June 2022.

The economists cited that the Central Bank is expected to maintain a hawkish stance throughout the calendar year 2022. Policy repo rate is forecasted at 5.65 per cent by the end of the fiscal year 2022-23, with a minimum and maximum range of 5.50 per cent and 6.25 per cent respectively.

In addition, economists were asked to share their views on certain topical subjects. Given the volatile geopolitical environment, economists were asked to share their assessment on the current global economic scenario, the possibility of a recession, along with their perception on India’s position amid the prevailing global uncertainty. In addition, expectations of the economists were sought on the current trend of inflation in the Indian economy as well as their policy recommendations to manage rising prices.

With supply side bottlenecks showing signs of easing and pandemic fears waning due to increasing vaccination coverage; there was some optimism in the outlook for global economy earlier this year. However, the escalation of Russia-Ukraine conflict interrupted the recovery process yet again.

The participating economists were divided in their views on whether the global economy is headed towards a recession.

However, a majority of economists believed that it is difficult to predict the occurrence of a global recession, at present. The duration of the conflict in Europe will determine whether the present slowdown translates into a recession. Nevertheless, possibility of a prolonged slowdown remains on the horizon.

Also, the economists were of the view that the global economy’s prognosis in 2023 will be determined by the inflation trajectory, the extent of interest rate hikes required to maintain price stability, and the impact of higher rates on household consumption and investment demand. Moreover, with downside risks to growth building up, and substantial uncertainty regarding the Federal Reserve’s ability to anchor inflation levels, the occurrence of a recession in the medium-term cannot be totally overruled.

There was a unanimous view among the participants that although the Indian economy is expected to face a slowdown in the near-to-medium term, it will still grow consistently to emerge as the fastest growing economy in the world. That said, India is not sheltered from global vulnerabilities.

The RBI will need to continue addressing liquidity constraints, particularly for MSMEs while ensuring that India’s financial system is not subjected to additional strain in the form of increased NPAs. Further, the Central and State governments must prevent any reduction in aggregate demand and if necessary, support it through higher revenue expenditure. The government must ensure adequate support for those in the lower income strata and bolster the subdued rural demand.

The government can aid GDP growth recovery by ensuring that the planned spending target is not curtailed, and higher capital expenditure as outlined in the Union Budget 2022-23 announced earlier this year is realised.

With regard to India’s inflation trajectory, the participants opined that inflation in the Indian economy is unlikely to moderate in the near-term. The supply-side disruptions brought on first by the COVID-19 pandemic and further worsened by the Russia-Ukraine conflict, as well as the recent strict lockdowns in China have been the major reasons for the spike in inflation levels in India.

Since January 2022, the CPI-based retail inflation rate has exceeded the RBI’s upper target range for five consecutive months, owing to rising prices of edible oil, petrol, and food- particularly for vegetables, spices, as well as household goods & services. Although economists opined that high price of commodities with seasonal elements, such as vegetables and fruits, are expected to reverse course as soon as the new harvest enters the market; global supply-side disruptions are a major cause of concern.

However, the government’s fiscal actions (including the recent ban on wheat and sugar exports and the removal of import duties on certain essential commodities), and respite from a normal monsoon, may restrain the upward surge in food prices to some extent.

According to the participating economists, the CPI is anticipated to remain above the RBI’s tolerance band till the third quarter of FY 2022-23 and may come within the tolerance level only after the fourth quarter of the current fiscal. Moreover, in the medium-term, high inflation is expected to have an unfavourable impact on consumer demand.

Inflation levels are expected to slow down starting September 2022 and fall back into the 4 per cent range only by June 2023.

The participants opined that both the Government and the Reserve Bank of India have been keeping a close watch on the price situation and have undertaken proactive measures to manage the situation at hand – which will have a salutary impact on the price levels going ahead. The participants cited that going ahead it will be critical that both the Central Bank and the Government continue to work in tandem – an appropriate mix/ balance between the fiscal and monetary policies will remain crucial.

With upside risks to inflation remaining on fore, the government should work out a comprehensive roadmap which may require action at multiple levels. Some suggestions in this regard made by the participants are shared below

Near to Medium term Measures

§     Nudging States to Undertake Cut in VAT on Petrol/Diesel: The Central Government recently announced a cut in the excise duty for petrol and diesel by Rs 8/ litre and Rs 6/litre respectively – marking a second cut in the excise duty rates since November 2021. Central Government has also requested State Governments to undertake downward revision of VAT on petrol/diesel. While some States have done the needful, most are yet to take any action on this front. Cooperative federalism, which has been mantra of the current Government, is the need of hour.

§     Need for Revision of Household Consumption Expenditure Survey data: Basing monetary policy on an inflation anchor that is not revised in nearly a decade may undermine the inflation targeting framework. Any food driven rise in inflation would end up overestimating the underlying inflation in the period ahead (as weight of food should be lower than what it was in 2011-12). It may be noted that household consumption pattern has changed over the years – this is particularly reflected in the sharp decline in the share of food items over the last few decades. Similarly, disinflation on account of food items would tend to underestimate the headline number.  A cursory glance at India’s current CPI basket shows that it accounts for a number of outdated items. These need to be dropped and new relevant items (such as OTT platforms) need to be added. The revised weights and revamped inflation indices need to be made available.

§     Need for upgrading Agri data collection mechanisms: The system to determine yield estimates still relies on centuries old Patwari system, which is not very effective and just a fraction of crop-cutting experiments (CCEs) for yield estimation happen on ground.  The Centre is currently using two projects, FASAL (Forecasting Agricultural output using Space, Agro- meteorology and Land-based observations) and CHAMAN (Coordinated Horticulture Assessment and Management using geo-informatics), for more reliable estimates. If there is a periodicity ensured across at least 10-12 key agri states for CCEs and their data is used in conjunction with FASAL & CHAMAN platforms and / or digital Agri-stack and uses technologies like drones, remote sensing, artificial intelligence and machine learning at its disposal then the entire ecosystem will have a relatively more reliable data.

§     Better forecasting and import planning for agri-commodities: A piecemeal approach in managing price surges only adds to the uncertainty by sending distorted signals to the producers. These days information about weather, crops, prices and agricultural policies in different parts of the world is available almost instantly and this often has far reaching implications on the markets. If the government can forecast a situation of supply shortages much before others, imports can be planned in advance. This would avoid international price spikes resulting from sudden large import requirements. Government should be proactive on taking positions in international commodity exchanges like CBOT to augment imports. Also, the government can enter into long term MoUs with countries to ensure predictable supplies of commodities. For instance, the government has signed a five-year MoU with Myanmar for annual import of 2.5 LMT of Urad and 1 LMT of Tur. More such MoUs can be explored for other commodities like fertilizers, edible oil.

§     Climate Proofing Agriculture: Extreme weather events induced by climate change have gone up significantly in the past few years and agriculture is one sector which is extremely vulnerable to it. In fact, the impact of changing weather patterns has been visible on several crops in India this year.

Such weather events are posing a serious challenge and will undermine our national food security going ahead. Studies predict significant negative impact of climate change, envisaging yield reduction by 4.5 per cent to 9.0 per cent, depending on the magnitude and distribution of warming. Further, according to estimates put out in Economic Survey 2017-18, climate change could reduce annual agricultural incomes in the range of 15 per cent to 18 per cent on average, and up to 20 per cent to 25 per cent for unirrigated areas.

While the government has taken steps towards promoting sustainable agriculture, technology and digitalization will have to be more holistically integrated in the agri-value chain to minimize the impact of such shocks on farm activities. 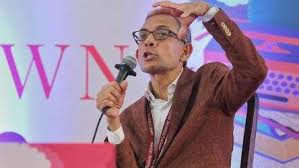 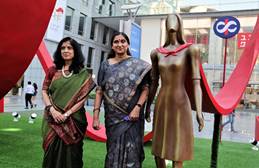 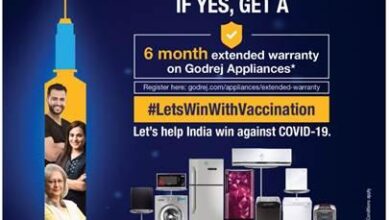 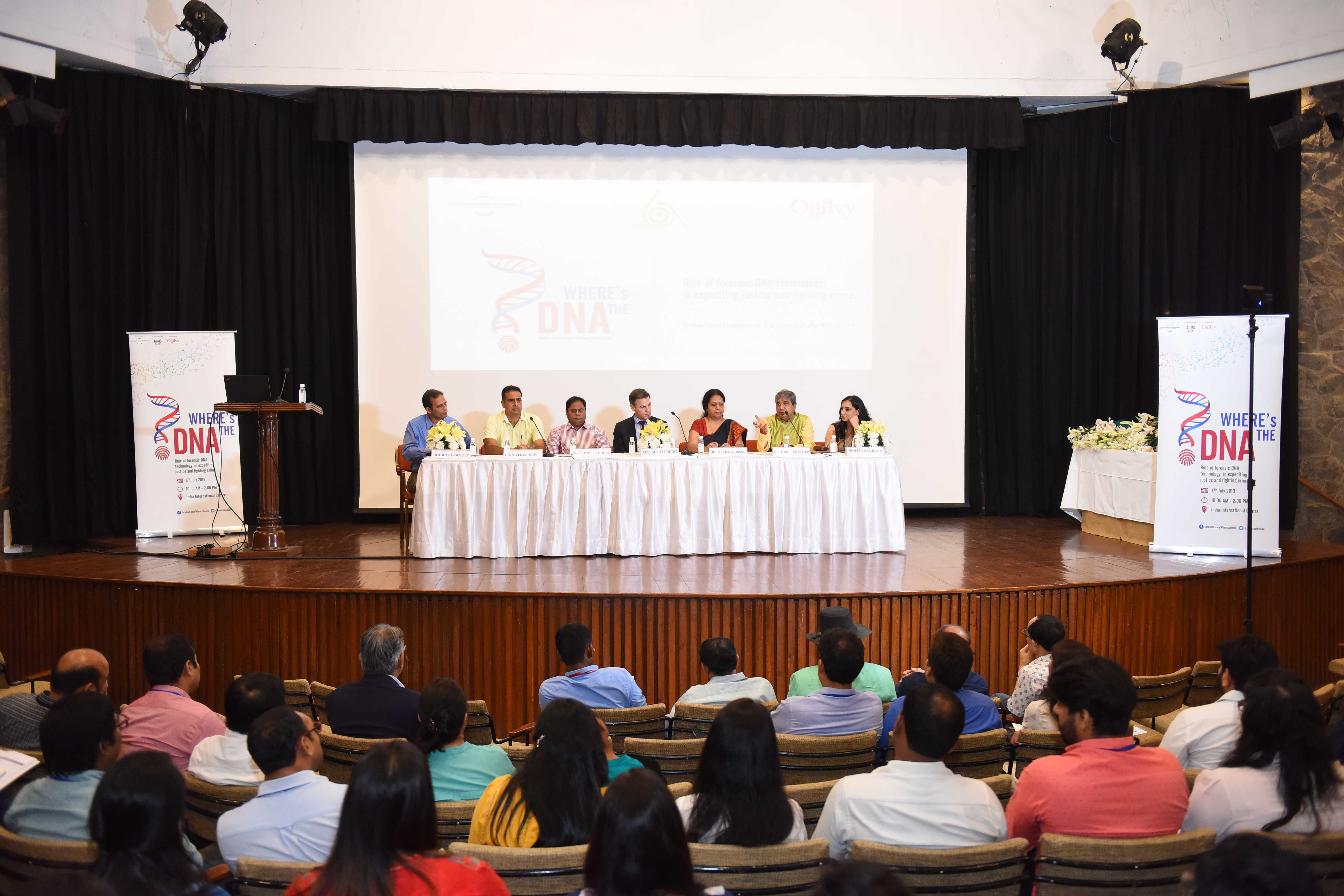