The Legends League Cricket (LLC) carnival is all set to take off in Kolkata from September 16 as cricketing legends descended in the City of Joy on Thursday. A special benefit match between India Maharajas and Team World Giants will kick-start the much-awaited season of the league in India for the first time in Kolkata on September 16.

Former Sri Lankan spin wizard Muralitharan, who will be representing Manipal Tigers, said in a press interaction in Kolkata on Thursday that he will be aiming to roll back the years when he takes the field for his team.“After a long time, we are going to play and the feeling of coming back to a tournament is pulsating for us. As former cricketers, we miss cricket and miss the feeling of playing amidst the hooting and cheering. I hope it becomes an annual event for everyone so that the younger lot not only enjoys watching contemporary cricketers but also gets to watch the former cricketers and legends entertain them,” the once-dreaded off-spinner said.

With 90 cricketing greats in action the league will take part in 16 matches including the benefit match. Some of the top names who would be gracing the tournament with their presence are Virender Sehwag, Gautam Gambhir, Harbhajan Singh, Muttiah Muralitharan, Jacques Kallis, Chris Gayle, and Brett Lee among others. For former India speedster S Sreesanth, who turned 39 earlier this year, he said age is just a number.

Sreesanth will play for LNJ Bhilwara Kings. “Age is just a number for me. It feels good to be a part of the Legends League. Giving such opportunities to players like us is a commendable effort made by Legends League Cricket. It is great to be back in the circle. It feels like Kolkata’s Eden Garden was waiting for us to come back. I am really excited to be part of the league and be back in the game; not just that, I am grateful that we have such a wonderful team here, explained the two times World Cup wining cricketer. The proceeds of the benefit match will be given to Kapil Dev’s Khushii Foundation, which supports girl child education. Manipal Tigers and Bhilwara Kings are the other two franchises in the four-team league. Former New Zealand left-arm spinner Daniel Vettori also couldn’t contain his excitement. “We have come together after a long time. I think some cricketers will have opportunities to get together and remember us. We will try to put on a good show and feel the heat of our comeback. We will try to perform together and that I feel is more important than anything else,” Vettori said. India Capitals’ Liam Plunkett, who played in the 2016 T20 World Cup final for England in Kolkata’s Eden Gardens, is thrilled to be a part of this cricketing carnival. “All of us are excited to be part of this setup. Some of my idols are going to be part of Legends League Cricket and I am looking forward to it,” Plunkett said. Sehwag will once again be in action when his Gujarat Giants lock horns with Gautam Gambhir’s India Capitals in the league opener at Eden Gardens here on September 17. The league will feature all women umpires in a first of its kind initiative in India.

Vivek Khushalani, Founder & Chairman, Legends League Cricket, said, “We are dedicating tomorrow’s game to 75 years of India’s independence ‘Azaadi ka Mahotsav’ and to girl child education and women empowerment. We have an all-women umpiring team and match officials. This is probably the first time in the history of cricket that we will be having only women match officials and all of them are ICC-empanelled,” Khushalani said.

Raman Raheja, Co-founder and CEO of the league, said that he feels proud that Legends League Cricket could bring together 90 cricketing greats in the city of Kolkata at one single point in time. “It is for the first time that about 90 cricketing legends have come to Kolkata. In the history of cricket, you wouldn’t have seen so many legends coming to one single city. Kolkata may have hosted the World Cup, IPL and all other big-ticket matches but bringing 90 legends together in one single city at one point in time is a first. Kolkata is the home of Indian cricket. So it was a privilege for us to start the league in India here and dedicate it to 75 years of India’s independence. Another important part is that our 90 legends have pledged their support to girl child education and women empowerment,” Raheja said. The CEO also added that the first edition of Legends League Cricket was the most-watched event after IPL. “The first edition of the league held in Oman was the most watched league after IPL in terms of viewership and reach. So we expect the number to grow in our bid to promote cricket,” said Raheja. Vivek Khushalani also informed that the league will add two more teams from next season onwards. “This is just the start. Next year, we will add two more franchises.” 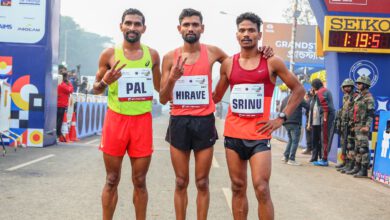 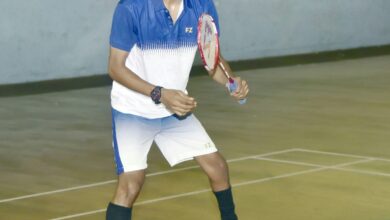 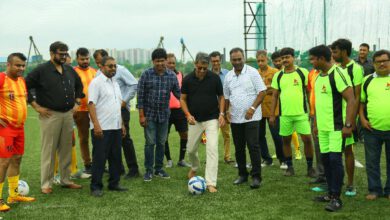 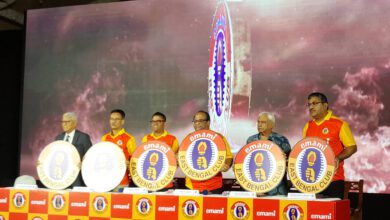