Bandhan Bank, India’s youngest universal bank focussed on serving the needs of the unbanked and underbanked sections of society will be completing five successful years of operations on August 23, 2020.

In June 2015, the Bandhan Group, which addresses the financial needs of those at the bottom-of-the-pyramid across India’s rural and semi-urban areas, was given the final approval by the Reserve Bank of India (RBI) to set up a universal bank. For around two decades, Bandhan has tirelessly worked for the upliftment of India’s economically weak through access to timely microcredit, freeing the poor from the clutches of usurious moneylenders.

The universal banking licence allowed Bandhan Bank – which has inclusive banking at its heart – to transform into a robust and granular retail banking franchise, garnering a steady volume of retail deposits. This helped inculcate a habit of financial savings among its customers and also allowed the Bank to further bring down interest rates for borrowers.

After becoming a bank, Bandhan Bank has spread its reach to diverse corners of India across 34 states and UTs via its 4,559 banking outlets and 485 ATMs. Apart from its microcredit offerings, which account for 64% of its portfolio, the Bank has extended into several new products such as loans to micro, small and medium enterprises (MSMEs), gold loans and affordable housing finance (through the merger of GRUH Finance with the Bank in October 2019).

In these five years, the Bank has also emerged as a major job creator with its employee strength rising from around 13,000 to around 42,000 in this period. Apart from the direct employment created by the Bank, it has also helped in the creation of a multitude of indirect jobs. Assuming the Bank’s 1.12 crore micro borrowers employed at least another individual, not only did they ensure their own livelihood but created an additional 1.12 crore jobs.

“Over the last five years, Bandhan Bank has brought mainstream banking services to millions of unbanked and underbanked Indians and micro enterprises. This has helped them become financially independent and instilled a spirit of confidence in them. I would like to express my heartfelt gratitude to all our customers who have reposed their faith in Bandhan Bank, not only when it comes to availing credit, but also when it comes to trusting us with their life’s savings,” said Mr. Chandra Shekhar Ghosh, Managing Director and Chief Executive Officer, Bandhan Bank

Going forward, Bandhan Bank is committed to help India’s MSMEs – an important engine of economic value and job creation – stand on their feet and aid the creation of a self-reliant and resilient India. The Bank will also help a large section of its micro borrowers move up the value chain by becoming small enterprises, by helping them procure a trade licence and with processes such as GST compliance and tax filing, so that they can formally become MSMEs and benefit from the government’s policies for this sector.

The Bank is also mindful about the aspect of human development, which needs to go hand in hand with economic progress. Through its CSR implementing agency Bandhan-Konnagar, several impact initiatives spread across verticals like education, health, livelihood generation, and financial literacy are helping improve lives. These social impact interventions have touched the lives of over 2.5 million beneficiaries across 12 states and 12,900 villages.

Over the last five years as a universal bank, Bandhan Bank has lived up to its credo: Aapka Bhala, Sabki Bhalai, and worked tirelessly to foster a strong and symbiotic bond with its customers and the society at large, premised on their well-being. As the Bank gears up for the next phase of its journey, its well-positioned to capitalise on its inherent strengths and serve it’s purpose on a larger scale. 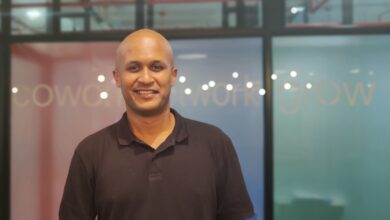 91springboard partners with Google for Startups to launch ‘Startup Sprint’ 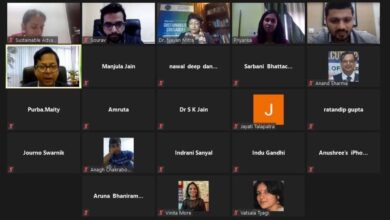