Regarded as the cultural melting pot of India, East of India is an integral part of the country’s rich heritage. Celebrating the region’s cultural heritage, Zee Live organized the third edition of its one-of-a-kind festival, Arth – A Culture Fest in ITC Sonar, Kolkata on 27th – 28th February 2021. The entire event was live-streamed on the Facebook and YouTube channels of Zee 24 Ghanta, Zee News and Arth- A Culture Fest. Attended by eminent dignitaries, the two-day festival commenced with a captivating opening ceremony.

In the presence of Hon’ Governor Jagdeep Dhankhar, First Lady. Mrs. Sudesh Dhankhar, Swaroop Banerjee (COO & Business Head, Zee Live), Purushottam Vaishnava (CEO & Editor in Chief, ZMCL), and Anjan Bandyopadhyay (Editor in Chief, Zee 24 Ghanta), the cultural fest started with a lamp lighting ceremony. It was followed by a conversation between Hon’ Governor Jagdeep Dhankhar and Anjan Bandyopadhyay offering pearls of wisdom on the traditional and contemporary narrative of West Bengal, covering the political and socio-economic aspects. Inspiring young women, Nusrat Jahan and Sudeshna Roy, yielded Stree Shakti with their talk on Women in Power: Changing the Narrative. They highlighted the growing role of women in business, politics, and society at large. The fest also featured debates and discussions led by eminent industry stalwarts – MD Salim and Samik Bhattacharya who spoke about the rise of the Right in Bengal while Babul Supriyo, Debangshu Bhattacharya, Nirbed Roy and Swapan Dasgupta spoke on West Bengal’s current political climate. Serving Bengal’s undying love for Football, a specially curated session was presented by Manas Bhattacharya, Ranjan Chowdhury and Satyajit Chatterjee in conversation with Gautam Bhattacharya. It was followed by a session on how the search for Indian food changed world culture, in association with Shalimar Chef Spices which was attended by Hirak Bhattacharjee, Nandini Bhattacharya Panda and moderated by Rakhi Purnima Dasgupta. The audience got a chance to reconnect with their culture and history through the panel discussion, ‘In search of Bengal Roots’ led by Harshavardhan Neotia, Meghdut Roy Chowdhury, Rajat Kanta Ray and Shuvaprasanna in conversation with Ujjwal Kumar Chowdhury.

The festival also deep dived into East India’s love for chai in association with Goodricke Tea, with Binod Gurung and Abhijit Iyer-Mitra speaking about its growing relevance in the region with Sujoy Prasad Chatterjee. The festival received its fair share of Bollywood glamour with an exciting book launch of actor Anupam Kher’s ‘Your Best Day is Today’ with Ina Puri. Tying up the excitement of the first day on a sombre note were Ashoke Viswanathan, Atanu Ghosh, Rituparna Sengupta, Suman Ghosh, Sujoy Prosad Chatterjee, Sudipta Chakraborty and Satrajit Sen as they presented a heartfelt ode to the popular Indian actor, Soumitra Chatterjee.

The second day of the fest began with a heartfelt opening address by Mr. Purushottam Vaishnava emphasising on the need to reconnect with our roots. It was followed by an in-depth discussion with Smriti Irani in conversation with Anjan Bandyopadhyay, which highlighted the multicultural heritage of India and her journey from Indian television to politics. It was followed by a session on ‘Rediscovering India through her Drapes’ attended by Agnimitra Paul, Chaiti Ghoshal and Sulagna Ray Bhattacharyee in Conversation with Sharmistha Goswami Chatterjee.  The event also witnessed a scintillating panel discussion on the life of the ever-inspiring Netaji Subhash Chandra Bose by Anuj Dhar, Chandrachur Ghose and Srijit Mukherji in conversation with Moupia Nandy. Paying a tribute to Satyajit Ray, Imtiaz Ali in conversation with Ashoke Viswanathan, shared his thoughts on Ray’s work and how it is still relevant in today’s India.   Celebrating the state’s love affair with sports, a special panel was curated with Bhaichung Bhutia, Deep Dasgupta, Dola Banerjee, Dibyendu Barua in conversation with Moupia Nandy. Furthermore, the event also played host to panellists talking about art, cinema, culture, and the world-famous Bengali handloom. In a powerful session, Ila Arun spoke about the influence of folk music in creativity with Shrinjini Kulkarni.

In memory of Satyajit Ray, an illustrious panel consisting of Barun Chanda, Dipankar Dey, Madhabi Mukherjee in conversation with Sharmishtha Goswami Chatterjee conversed about the man who took Indian Cinema to the world. Closing the day was a session on Reviving the lost culture of Bengal, wherein the illustrative Dilip Ghosh shared his vision on making West Bengal ‘Sonar Bangla’.

For all the music and poetry enthusiasts, sessions were peppered in between by mesmerizing poetry sessions by Irshad Kamil, a Spoken word and Music Performance by Sujoy Prosad Chatterjee and a breath-taking performance by Nachiketa Chakraborty.

Applauding this initiative of connecting back to the Culture and Heritage of India, Honourable Governor Jagdeep Dhankhar stated, “My congratulations to ZEE for creating a special festival such as ARTH. It is happening at the right place, in the state of West Bengal and city of joy. This is the epicentre of culture and heritage. You can go to any nook and corner of the state and find an unmatched richness in what it has to offer in terms of history, art, music et al. I am proud that I got the chance to be a part of this land and what it represents. If something good happens in the state of West Bengal, the entire country is impacted and that is the message all throughout.”

Also talking at the event, Union Cabinet Minister of Textiles and Women & Child Development, Smriti Irani, said “Irrespective of our linguistic background we try to communicate and preserve our culture. My mother is an extremely strong woman and people often say that’s because she is a Bengali. She has given me a habit that wherever I go I feel incomplete if I do not visit the Kalibari I used to visit as a child.”

Emphasizing on the revival of the lost culture of India, politician from West Bengal, Dilip Ghosh said, “A happy society is a society which can provide sufficient food, clothes, education, employment and most importantly safety which lacks these days. Our party believes in democracy and has worked hard since the last couple of years. We held campaigns and issues concerning people and that is why we are getting all the love and support from public.”

Talking about West Bengal’s love affair with sports and sportspersons, former Indian Footballer, Bhaichung Bhutia said, “It was a privilege to be a part of such a wonderful panel, discussing real-time issues and sports that West Bengal holds so close to its heart. It was indeed a wonderful opportunity to be able to share my thoughts on the athletic scenario in the state as well as the country and truly applaud ZEE for organizing Arth- A Culture Fest.”

Elaborating on the current scenario of the music industry while offering advice to the young lyricists out there, Indian Poet and lyricist, Irshad Kamil stated, “For the young lyricists, do not be intimidated. The industry today is open to talent and if you think that your words have that soulful essence to them, then Mumbai is waiting for you. We have choices, chances and innovation ruling the music industry and those with exceptional talent will be welcomed with open arms!”

Talking about the future of business in Kolkata, Chairman of the Ambuja Neotia Group, Harshavardhan Neotia said, “There is a sheer requirement of concentrating on the future service sector as there are different avenues to be explored, encouraged and to be given opportunity to in Bengal.” He further added, “It isn’t only the scope of business that attracts people to conduct business here but also a great deal of artistic excellence, spiritual excellence and the intellect people have in Bengal.” 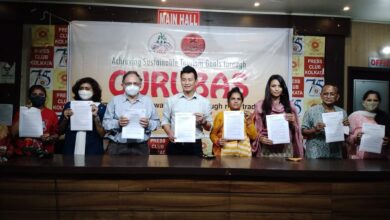 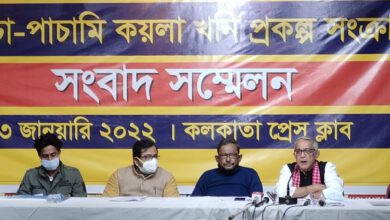 Protest against Deucha-Pachami coal mine project 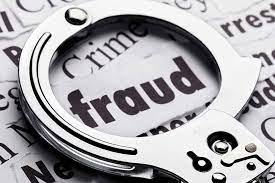 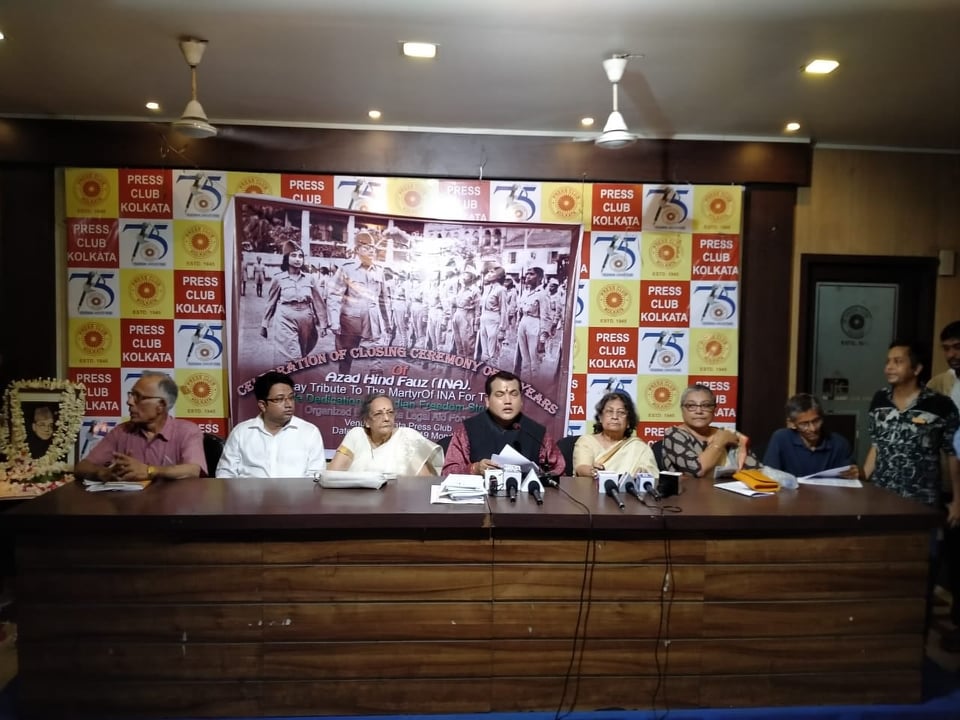