Due to the ongoing Corona Virus related crisis and supply chain disruptions and the sudden rise in Covid-19 patients in India, not only have prices of medical masks and hand sanitiser shot up, the domestic market is now flooded with sub-standard and low-quality products as some retailers and unorganised mask manufacturers are cashing in on the virus terror.

There are unethical forces at work playing with the market and creating artificial shortages and thus giving a bad name to many of the sincere Manufacturers, some of whom are contacting AIMED with their concerns on the falling Standards of Quality & Safety as there is sudden mushrooming of unorganized Manufacturers like a “Cottage Industry” leading to an extreme hikes in pricing, low quality products, shortages, and reports of profiteering.

Many of the Ethical Distributors & Resellers have discontinued selling Masks & Sanitizers as they do not wish to be labelled as being unethical and exploitative.

Concerned with the huge surge in prices over recent weeks, AiMED (Association of Indian Medical Device Industry) representing interest of over 700 medical device manufacturers has sought intervention of Govt., Drug Prices Regulator, NPPA, in capping prices, and ensuring quality, both with ramifications on consumers, health workers and industry.

“We have written to the union health ministry about the complaints we have received on hoarding of medical devices and basic protective equipment including masks and gloves and hand sanitisers by distributors and traders. We have requested the government to monitor the situation and take stringent action against wrong- doers.” Said Mr. Rajiv Nath, Forum Coordinator, AIMED,

“It has been noticed that most of the PPE & Medical Masks being sold in India are not manufactured under prescribed hygienic conditions and also not comply with Basic Standards of PPE as recommended by WHO. This scenario may lead to number of Healthcare Workers getting infected as they will attend the patients with a false sense of security that they are equipped with PPE and hence will be casual in taking precautions.” Said Dr Sanjiiiv Chairman, PWMAI (Preventive Wear Manufacturers Association of India) in a letter to AIMED.

“We are of the view that MOHFW shall take note of this and regulate these two items at the earliest possible for maintaining at least basic Hygiene level of production & compliance to basic Standards as per WHO Guidelines on CoVID-19. We further request to Cap the MRP of Medical Mask, PPE Kit (Coverall), PPE Kit (Gown), N95 Mask, Goggles & Gloves. For capping a meeting of manufacturers may be called for rational margins for Manufacturers as well as trade.” Dr. Sanjiiiv further added.

“The Central & State Govt. needs to urgently create a stock pile, should the Corona Virus related infections spread further from outbreak levels to an epidemic level and also the price control may kindly be initiated as we have received queries from Manufacturers of how to handle unreasonable requests being received from Hospitals for them to label their non-woven consumables & disposables with MRP at 8 to 10 times of the Hospital Procurement price (whether being brought directly from the Manufacturer or via his Distributor or Dealer) as they are befuddled to follow AiMeD’s earlier advisory of not having a MRP of over 4 times of the Ex-Factory Price.” Added Mr. Nath 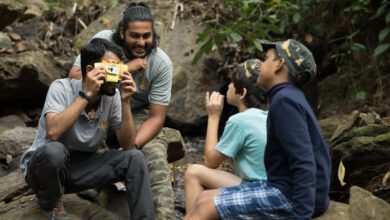 Seven Perfect Father’s day trip for all kinds of Dads

Banker treated back to health from the jaws of death; celebrates 25th anniversary at Apollo Kolkata ICU 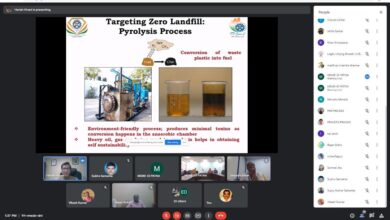