Women-related cancers although being one of the major causes of mortality in India are less spoken about and cared for. Cancers such as ovarian cancer especially have a high mortality rate. In India, 59,276 were estimated as new ovarian cancer cases at the end of 2020. The incidence of ovarian carcinoma is expected to increase to 371,000 a year by 2035 (55%) increase, while the death rate increases by 67% to 254,000. Moreover, women in the perimenopausal age group and in their  50s and 60 years are more likely to develop ovarian cancer.

However, advancements in ovarian cancer treatment and some early screening programs by NGOs and the government have helped in saving many lives. Also, there have been numerous advances in understanding the genetic basis of cancer which have resulted in more appropriate treatments.

The first step is to diagnose the disease using symptom history, physical examination, imaging techniques and tumour markers . There are different types of imaging like ultrasound, MRI, CT scan that examine the spread of the disease and the current stage and type of tumour.

The next step is deciding whether surgery or adjuvant therapy such as chemotherapy is appropriate as the initial step in treatment.

The age of patient, type and stage of tumour and to some extent her fertility plans determines the type of surgery done.

Large majority of women then undergo a staging laparotomy that consists of adequate midline incision, meticulous exploration of the abdominal cavity and organs with biopsies as required . Fluid from  the abdominal cavity is sent for cytology, and removal of the uterus with both ovaries and tubes are carried out together with pelvic and paraaortic lymph nodes removal and excision of the fatty apron called omentum.

In young patients, with certain early stage germ cell  tumours  that have  low malignant potential, and whose families have not been completed , conservative surgery with removal of the affected ovary only  sometimes performed.

For patients with advanced stage ovarian cancer, sometimes a few cycles of  chemotherapy are given first to   shrink  the disease and then  surgery is performed to reduce complcations and morbidity from the procedure.

For advanced stage cancer surgery is followed up with postoperative chemotherapy.

The significance of genetic testing

In the last few decades, there have been phenomenal advances in ovarian cancer treatment and genetic testing has played a significant role in providing personalized treatment. For example, to assess the risk of cancer in a woman with family history of breast and ovarian cancer, BRCA 1 and BRCA 2 genetic testing are often done . If the result is positive then the risk of ovarian cancer is very high, almost 45%. In such cases women are advised to have their ovaries and tubes removed after childbearing or by the age of 35-40, to minimise the risk of later developing ovarian cancer and also reducing the incidence of breast cancer.

Now, many people are not aware that 1 in 4 women with ovarian cancer has a hereditary mutation. Ovarian cancer has a high percentage of genetic mutations that are hereditary compared with other cancers like breast cancer. Therefore, any patient with a personal history of breast cancer diagnosed  < 45 years, personal or family history of ovarian cancer, peritoneal cancer, or fallopian tube cancer should be sent for genetic  counselling and tested for gene mutations. 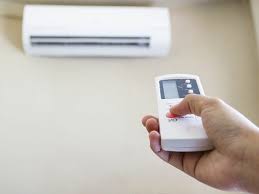 India witnesses a shift in AC consumption during the pandemic; reveals Survey 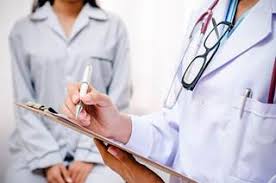 Cure and care during Covid-19 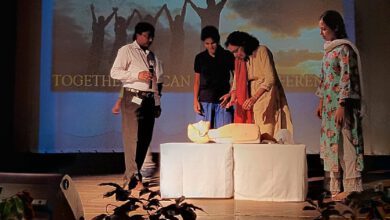