Diabetes is one of the major chronic lifestyle diseases that continues to affect the overall global population. The World Health Organization (WHO) reports that 422 million people worldwide are suffering from diabetes and around 1.5 million deaths each year is directly linked to it.

Some interesting data as reported by the International Diabetes Federation are worth pondering:-

These facts and figures are enough to substantiate the fact that the global community as a whole is still unable to access the primary components of diabetes care.

2021 marks the completion of 100 years of therapeutic insulin discovery which has significantly saved and enhanced the quality of life for many, but on the other hand, its access to the majority of the global population still remains a far cry. 14th November is observed worldwide as World Diabetes Day, marking the birth anniversary of Fredrick Banting, who co-discovered insulin with Charles Best.

On a pledge to improve the global scenario of this silent killer, the International Diabetes Federation has set the World Diabetes Day Theme for 2021-2023 as “Access to Diabetes Care, If Not Now, When?” It has outlined the following cardinal components for diabetes care which form the basic prerequisites for effective management of diabetes symptoms and complications:-

As a health practitioner, in my opinion, the first and foremost step to wage war against this metabolic disorder is to raise one’s own awareness around diabetes.

One can initiate preventive healthcare around diabetes following simple measures as outlined below:-

Family History is a strong, independent, and easily assessed risk factor for T2D. Genetic predisposition raises the chances of an individual being prediabetic (where blood sugar levels are higher than normal but not high enough to be identified as diabetes) which may later develop into T2D. Research suggests that the chances of an individual getting T2D raises by almost 50% if both parents are diabetic. Acquiring proper know-how about family health history is probably the first step one should take as a preventive measure against diabetes. Appropriate diagnosis of prediabetes and taking suitable proactive measures can reverse, prevent and/or delay the onset of T2D.

One of the common misconceptions that diabetics have in the context of managing their blood sugar levels is the drastic reduction of their food intake often leading to starvation at times. But on the contrary, proper dietary intervention strategies by a qualified nutritionist will effectively help an individual manage their blood sugar level often leading to reduced medicine dependence and even reversal, in some cases. Research has indicated that structured nutrition therapy can indeed improve glycaemic control.

Some effective dietary tips for blood sugar management are:-

Go for a Periodic Health Check-Up: Follow the ABC Rule:

A or A1c Control Glycemic Control

B or Blood Pressure Control

Getting your HbA1c, blood pressure and cholesterol levels regularly monitored is another cardinal step for keeping a close watch on blood sugar levels. HbA1c is one of the best biomarkers to assess whether one is prediabetic. In a clinical trial involving obese and overweight patients with T2D, it was found that nutrition therapy led to a reduction of HbA1c levels up to 0.61%-0.66%, an observation similar to the outcome after using common diabetic medication. T2D increases the risk of cardiovascular mortality. Optimal glycaemic control along with control of high blood pressure and cholesterol levels are the key steps to reduce the cardiovascular risk associated with T2D.

Both smoking and alcohol intake is detrimental for people with T2D as they lead to impaired insulin sensitivity and beta-cell function. Adopting an active lifestyle, indulging in light-freehand exercise, yoga and abstaining from alcohol intake and tobacco is important for effective diabetes management and its allied health risks. Lifestyle management is the key to delaying and/or preventing the onset of diabetes, especially for non-diabetic individuals who usually have the common misconception that only avoiding and/or limiting the intake of added sugar will prevent them from being diabetic.

As rightly quoted by the famous author Chris Prentiss, “Change Starts with Awareness”, this World Diabetes Day, let’s be the change and may we all come together to spread knowledge, create awareness and pledge to make diabetes care affordable and accessible for all. 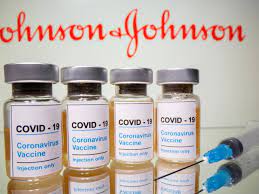 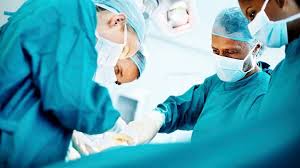 Tumour bigger than the size of a football, weighing 13.85 kgs removed from 25-year-old patient’s chest 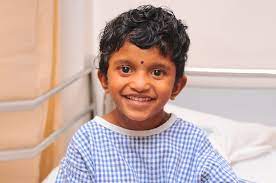 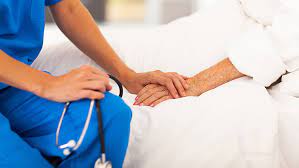